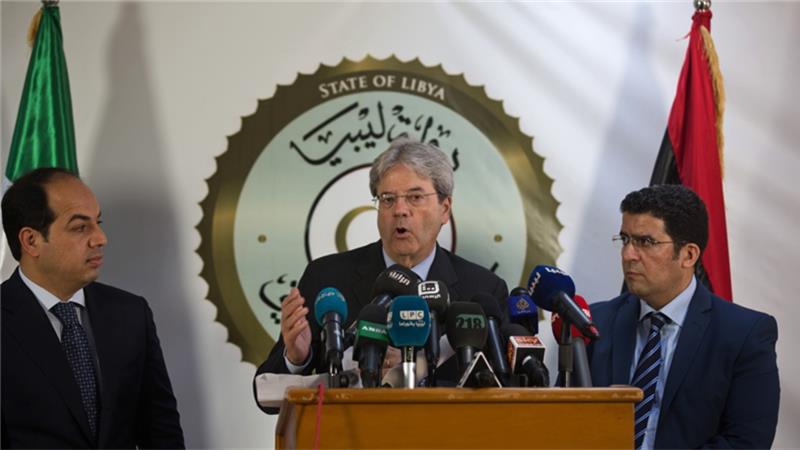 Italian diplomats and officials have contacted the new administration of the US President-elect, Donald Trump, and discussed the possible coordination between Italy and the US in finding a solution to the Libyan current crisis, La Stampa, the Italian newspaper, reported Thursday.

La Stampa added that the Trump administration has expressed willingness to use the Italian expertise in Libya to see how they both can cooperate on a way out of Libya’s status quo.

“This is a new line of policy we find useful under the Trump administration, which we told that Rome sees fighting terrorism and ending the influx of illegal migrants via Libya’s coast as a priority.” La Stampa reported the Italian diplomats as saying.

The US officials told the Italian diplomats that the US would find it useful to use Italy’s assistance on matters related to resolving Libya’s crisis.

Italy has returned to Libya very firmly and strongly with over support for the Government of National Accord by opening its embassy in Tripoli as the first country to do so since 2014.

Just on Wednesday, Italy announced that it would start receiving applications from Libyans for the Schengen visas, and have a fight route from Rome to Tripoli and vise versa starting next February.

Meanwhile, Italy announced earlier this week that it was going to send a mobile power plant to Libya to help reduce the hours of power outages across the capital as a starter.

Italy also opened a field hospital in Misurata months ago in a bid to help treat the Libyan fighters who are injured in the fight against terrorism in Sirte and elsewhere.

For: Italy contacts Trump’s administration over solution to Libya’s crisis