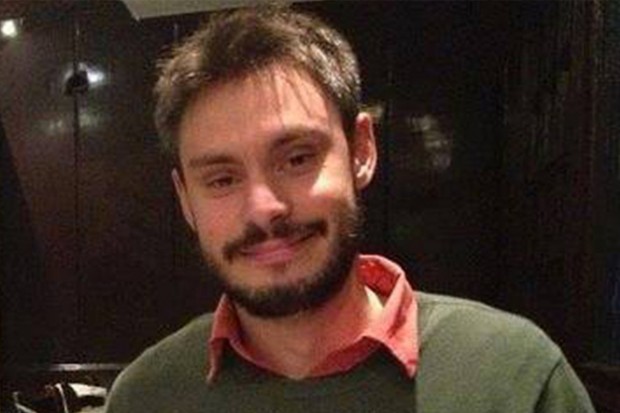 CAIRO — The furor surrounding the death of an Italian student whose body was discovered Wednesday on an Egyptian roadside grew Friday as Italian investigators flew to Cairo to help find his killers, and it emerged that the young man had secretly written from Egypt for a left-wing Italian newspaper.

The newspaper, Il Manifesto, published an article on Friday that the Italian student, Giulio Regeni, 28, had written under a pseudonym weeks before he was found dead that was sharply critical of the Egyptian president, Abdel Fattah el-Sisi, while describing faltering attempts by Egyptian unions to organize.

There was no indication that Mr. Regeni’s writing led to his death, but the article contributed to the broader Italian outrage over Mr. Regeni’s injuries as news outlets pointed an accusatory finger at the Egyptian security forces. Egyptian officials said on Thursday that Mr. Regeni had been tortured extensively and probably died from a brain hemorrhage.

Hoping to defuse a potentially damaging crisis with a relatively close European ally, Egyptian officials promised cooperation and vowed to find Mr. Regeni’s killers. The Italian prime minister, Matteo Renzi, spoke with Mr. Sisi by telephone and both agreed to cooperate to “unravel the mystery,” Mr. Sisi’s office said in a statement.

Italian officials had strenuously urged Egypt to allow a joint investigation into the killing, and on Friday evening, a team of Italian and Interpol investigators was scheduled to land in Cairo, officials from both countries said.

That was proof, said Egypt’s ambassador to Rome, Amr Helmy, of the two countries’ “mutual desire to identify the culprits who committed this criminal, shameful act.”

But before the Italians had landed, Egyptian investigators claimed to have made a breakthrough that, to critics, raised the specter of a cover-up. Having determined that Mr. Regeni’s killing was a “criminal and not a terrorist act,” an interior ministry official said, the authorities had arrested and were investigating two suspects in Giza.

Mr. Regeni, a doctoral candidate at Cambridge University, arrived in Egypt in September to conduct field research into Egypt’s labor movement, particularly among street vendors. That is a sensitive subject in a country where disgruntled workers helped oust President Hosni Mubarak in 2011. Mr. Regeni’s academic supervisors said he took care not to get into trouble with his research, although he wrote on the side for Il Manifesto. He used a pseudonym because he worried about the “general atmosphere of repression” since Mr. Sisi came to power in 2013, said Giuseppe Acconcia, a journalist at the paper, in an email.

Mr. Acconcia said that in recent weeks Mr. Regeni had expressed concern about the harsh government-led crackdown before the anniversary on Jan. 25 of the uprising that ultimately ousted Mr. Mubarak, but did not report specific threats to himself.

It turned out that Jan. 25 was the day Mr. Regeni disappeared, shortly after he left his apartment to meet a fellow Italian near Tahrir Square in Cairo. Who took him, and why, are the central questions facing investigators.

In recent years, Islamist militants have been responsible for the deaths of many foreigners in Egypt, most recently in the suspected bomb attack that downed a Russian jetliner in October.

But in Mr. Regeni’s case, the strongest suspicions have focused on the security forces because the circumstances of his disappearance match those of many Egyptians who have vanished into secretive detention facilities, run by the security forces, where torture is common. Most appear in court or jail, but some have been found dead.

Mr. Regeni’s body was discovered hours after Mr. Sisi met with an Italian trade delegation in Cairo Wednesday. In the meeting, Italian officials expressed concern for Mr. Regeni, who was then still missing. That evening, the Italian ambassador to Cairo cut short a diplomatic reception when he learned that Mr. Regeni’s body had been found.

The furor over Mr. Regeni received limited coverage on Egypt’s pro-government television channels, although some lashed out at foreign criticism, which was painted as part of an Islamist plot to destroy Egypt’s relations with Italy. Others exonerated the police. “If they kidnapped him, they would never let him go,” said Khairy Ramadan, a leading television host. “They would never throw him out like this. This is criminal work.”

On social media, other Egyptians say the case is a suggestion that even foreigners — who are regularly painted as spies by the news media, but rarely subjected to violence by the security forces — are not immune from the harsh treatment many Egyptians have endured for decades.

In a widely circulated Facebook post, activist Mona Seif — whose brother, Alaa Abd El Fattah, is one of the country’s best-known political prisoners — advised foreigners to stay away until security improves.

“Not while the media is constantly charging people and pushing them to doubt any foreigner in the street as a potential spy seeking to destroy their country,” she wrote. “Not while this state of fear and doubt is pushing everyone to take matters into his/her own hands.”