Italy rescues more than 2.500 immigrants off Libyan shores in the last 24 hours 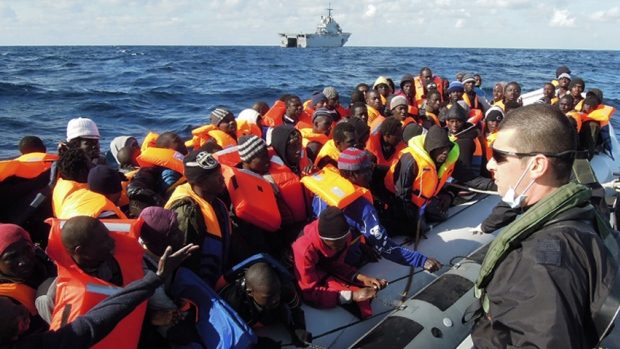 Italy’s ships have rescued more than 2,600 migrants from boats bound to Europe from Libya in the last 24 hours, the Coast Guard said on Monday, clarifying that the numbers of migrants are rising as the weather warms up.

Some 2,000 migrants were rescued off the Libyan coast from 14 rubber dinghies and one larger boat in salvage operations by the Italian navy and coastguard, the medical charity Medecins Sans Frontiers and an Irish navy vessel, the coastguard said.

Another 636 migrants were rescued from two boats in Maltese waters, in operations involving Maltese and Italian vessels, it said. It gave no information about the nationalities of those saved.

More than 31,000 migrants have reached Italy by boat so far this year, slightly fewer than in the same period of 2015.

Humanitarian organizations say the sea route between Libya and Italy is now the main route for asylum seekers heading for Europe, after an EU deal on migrants with Turkey dramatically slowed the flow of people reaching Greece.

Officials fear the numbers trying to make the crossing to southern Italy will increase as conditions improve in warmer weather.

For: Italy rescues more than 2.500 immigrants off Libyan shores in the last 24 hours