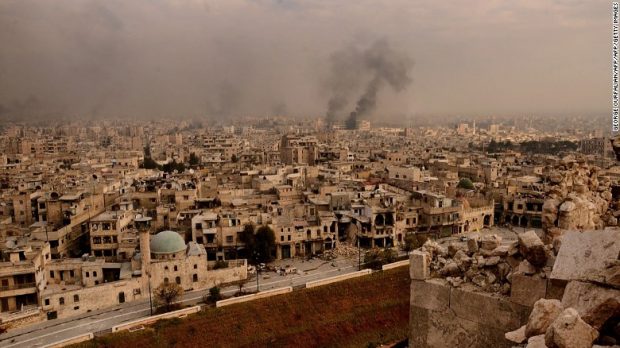 Saturday saw a new round of diplomacy on Syria as foreign ministers from the Western and Arab backers of Syria’s opposition discussed Aleppo’s plight in Paris while US and Russian officials convened on the same issue in Geneva.

“The indiscriminate bombing by the regime violates rules of law or, in many cases, crimes against humanity and war crimes,” Kerry told reporters after the meeting in Paris. He called for Russian authorities to “do their utmost to bring it to a close”.

“Russia and Assad have a moment where they are in a dominant position to show a little grace,” Kerry said.

French Foreign Minister Jean-Marc Ayrault said that although no agreement had been reached at the Paris meeting, the Syrian opposition did announce that it was willing to resume the talks without conditions.

For: John Kerry says what is happening in Syria’s Aleppo is “war crimes”