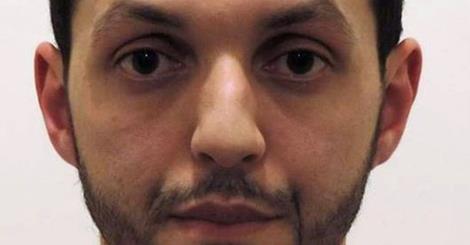 Investigators are checking if Abrini is also the “man in the hat”, the third bomber in the Brussels airport attacks last month, who fled the scene.

The attacks on the airport and a metro station left 32 people dead.

Another suspect in those attacks, Osama K, was also detained on Friday, as were three other people.

They were claimed by the Islamic State militant group, which also said it was behind the gun and bomb attacks in Paris on 13 November that killed 130 people.

Amateur footage said to be of Abrini’s arrest shows a man being bundled into a car in Place Albert in the Anderlecht suburb of Brussels.

Abrini had not been directly linked to the Brussels attacks until now.

Belgian investigators confirmed at a press conference the arrest of Abrini along with that of two other suspects, whose names were not given.

According to prosecutors, Abrini’s fingerprints and DNA were found in two “safe houses” in the Brussels district of Schaarbeek, as well as in a car used during the Paris attacks.

On Thursday, the authorities released new video footage of the “man in the hat”, appealing for the public’s help in finding him.

The individual in the footage was seen beside the two suicide bombers at Brussels airport. He left the scene shortly before the blasts.

Separately, Osama K and another man, named as Herve BM, were picked up on Friday morning in Brussels.

Osama K has been identified by Belgian media as Swedish national Osama Krayem.

Prosecutors say he is suspected of helping suicide bomber Khalid el-Bakraoui at the Maelbeek metro station, as well as buying, in a Brussels shopping mall, the sports bags used to hide the airport and metro station bombs.

Using a fake Syrian passport under the name of Naim Al Ahmed, he is believed to have returned from Syria in September, entering Greece on a boat with migrants.

Prosecutors believe he entered Belgium on 3 October after being picked up in the German city of Ulm by Paris attacks suspect Salah Abdeslam, using a rental car.

Abrini, 31, a Belgian national of Moroccan origin, is believed to have been filmed at a petrol station with Salah Abdeslam, two days before the attacks in Paris. 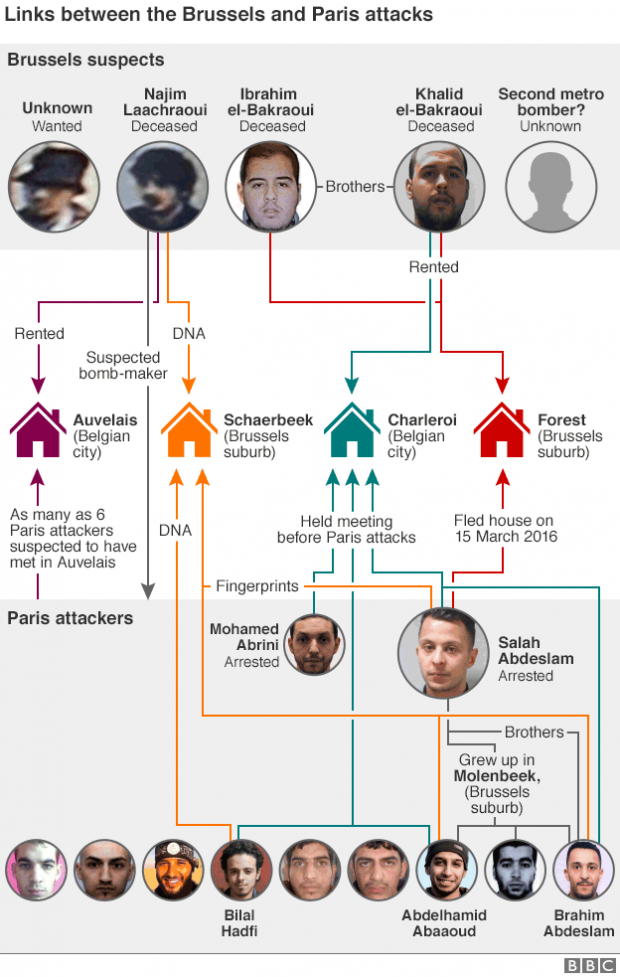 Abrini and brothers Salah and Brahim Abdeslam were all childhood friends from Brussels.

Abrini is alleged to have driven twice with the brothers from Belgium to Paris and back on 10 and 11 November.

Salah Abdeslam was detained in Brussels in March, days before militants launched attacks in the Belgian capital.

Brahim Abdeslam blew himself up at the Comptoir Voltaire restaurant in Paris after a shooting spree in the November attacks.

On Friday, a US couple killed in the Brussels airport attack, Justin Blake Shults and his wife Stephanie Michele Moore Shults, were buried in Nicholasville, Kentucky.

Palestinian Journalists Syndicate warns of a terrible Israeli massacre against…

US, Qatar, Egypt, Saudi Arabia and France discuses an end to violence in occupied…