As Libya continues to look for a  path forward following the cancellation of the anticipated December 24 first round of presidential elections, Libya has seen a slew of high-level figures speak out nervously about the country’s uncertain path to functional governance and peace. In October, both Libyan Foreign Minister Najla Mangoush and now former U.N. special envoy for Libya, Jan Kubis, spoke of the importance of a peaceful transition, with Kubis warning of the potential risk that elections pose, renewing conflict and dividing the country should they not go as planned.

The aftermath of the cancellation is expected to be particularly troubling, sparking the resumption of armed conflict between the various parties competing for power in the country that has been wracked by turmoil and violence for over a decade. The best case scenario of a peaceful delay of election and eventual transition of power does not preclude the country beset by factionalism and division from returning to conflict further down the line, especially if the ‘success’ of ‘liberal democracy’ in other MENA states is anything to go by. Even the supposed Arab Spring success of Tunisia currently seems fraught.

Amidst this political anxiety, economic problems also continue to be apparent in the North African country. Indeed, from the very outset of Libya’s strife a decade ago analysts were noting the economic uncertainty that was being ushered into what was a relatively wealthy country and one holding some of Africa’s largest oil reserves. Oil production, the country’s most vital export industry has particularly suffered with  production constantly under threat from plunder.

Meanwhile, the Governor of the Central Bank of Libya, Saddek Elkaber, highlighted in a September interview how political fragmentation was hobbling Libya’s ability to carry out financial transactions big or small due to the crippling impacts of rent-seeking rival factions. Kaber himself is a controversial figure, a survivor of numerous efforts of political elites to either court or control him.

In short, valuable assets, industries, and the basic ability of Libyans to productively engage with their economy have all been held hostage by the country’s political chaos. Projects like the construction of a $1.5 billion port in Susah offer hope for the return of meaningful investment and infrastructure development that will enrich the country and bring renewed prosperity to its citizens. However, this all hinges on political developments that cannot be counted on and a mid to long term guarantee of stability that is far from certain.

With much of this economic malaise stemming from the political situation, some have suggested that an alternative solution to the one being pursued could be an answer. This was recently brought to the attention of the academic community by the Cambridge Middle East and North Africa Forum, a Cambridge University based think tank focusing on UK policy towards the Middle East and North Africa. Taking a unique applied history approach, the project highlights the potential for the 1951 constitution and with it the monarchy to serve as a potential starting point for resolving the Libyan crisis.

Furthermore, a number of prominent publications such as The New York Times, The New Statesman, and The National Interest have all featured pieces evaluating the potential for stability generated by the return of the country’s 1951 constitution that was cast aside in the coup of 1969 that saw the end of Libya’s system of constitutional monarchy and the overthrow of King Idris I.

If restored, the 1951 constitution would see a constitutional monarchy encompassing an elected parliament, separation of powers,  minority protections, freedom of expression, an independent judiciary and so on….- in other words the basis of a functioning democracy.  This would all be under the unifying figure of Crown Prince Mohammed El Senussi, who could stand above the fray of politics and serve as a “respected father figure.” The fact that this construct already served Libya well during a period many Libyans now refer to as “the golden years”, makes it a more realistic path to democracy than any of the approaches under consideration since 2011.

This position has not merely been the speculation of writers and analysts in western publications but has also been heard on the Libyan street and from senior Libyan figures, with Mohamed Abdel Aziz, the Libyan Minister of Foreign affairs proposing constitutional monarchy under the 1951 arrangement as the ideal solution to unify the country as early as 2014.. The benefit of this system is that it provides a state figurehead that is above combative politics but restrained by the constitution and parliament, providing a means for the monarchy to mediate the many tensions in the country and in doing so, maintain the stability needed to develop and grow.

Not only are the Senussi family well respected by many on account of their long history in the country and a lineage that traces back to the Prophet Mohammed (like the Jordanian and Moroccan royal families), but they have also had their hands clean of the blood spilt in recent decades. This is unlike front-runners in the now indefinitely delayed election.  Consider the field – presumptive Gaddafi heir Saif al-Islam Gaddafi, presumptive warlord Marshal Khalifa Haftar, the more and more less interim President Abelhamid Dabaiba or the Parliamentary Pretender Fathi Bashagha.  If any of these wins, the outcome is most likely more fighting, not less and more economic chaos and suffering, not less.

Indeed, it is hard to think of any candidate current or future that will be capable of commanding respect from Libya’s various factions and capable of being seen as being in some way above the competition for power and spoils. Moreover, the constitutional framework is already there, framed specifically for the purpose of forging a nation from disparate traditions and geographies. Forging a new constitution in the current turmoil is likely to amount to little more than a new focus for conflict.  For bringing stability to a warring country and providing a leader capable of driving reconciliation and reconstruction, a constitutional monarch under the 1951 constitution may just be the best, if not the most expected solution. 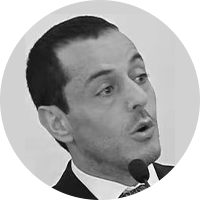 Hatim Gheriani
Mr. Hatim Gheriani is a banker by profession and a senior advisor to the Executive Director of the African Development Bank

For: Libya: A Political Roadmap to Economic Recovery