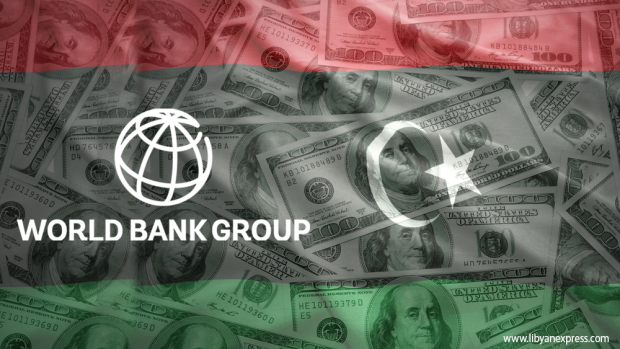 The World Bank Group announced yesterday a new strategy of support for Libya focused on restoring key services to citizens and promoting economic recovery as a critical contribution to the ongoing peace process.

It was developed in response to a request from the Libyan government, the new strategy draws on the Bank Group’s global experience working with countries coping with instability and aims to address urgent priorities while laying the groundwork for future recovery and reconstruction.

The new strategy was presented in a Country Engagement Note (CEN) that outlines the Bank Group’s approach to supporting the Libyan people over the next three years. One of the two overarching goals of the CEN is to support concrete improvements in the lives of citizens by restoring access to dependable electricity and quality education and healthcare services. The other principal goal is to accelerate economic recovery by helping build the capacity of the government to manage public funds, while developing the private and financial sectors. In addition, a common theme of all engagements under the CEN will be to promote transparency, accountability and inclusion in all government decision making and service delivery. This will contribute to restoring trust between citizens and their government, which is a critical foundation of stability.

“Libya has immense potential, despite current challenges,” said Marie Françoise Marie-Nelly, World Bank Country Director for the Maghreb and Malta. “If the peace process holds, Libya could leverage its natural resources, cultural heritage and well-educated population, particularly its youth with strong potential, to create a diverse and dynamic economy. We are determined to support the peace process and help Libya reach this goal by addressing current economic challenges that can aggravate political divisions and build instead an economy that works for all Libyans.”

The World Bank has been engaged with Libya for over a decade, helping to build capacities and modernize state institutions. The CEN is built on the knowledge gained and relationships developed during this period. The World Bank has followed an ‘All of Libya Approach,’ by convening and working with officials and representatives of civil society and the private sector from across the entire country.

The CEN will maintain this approach throughout all its engagements, from building the national budget to restoring health services. This focus on inclusion will also mean special attention paid to excluded groups, such as young people, women and internally displaced people, to ensure that basic services are reaching them and those policy decisions address their specific needs.

For: Libya and World Bank partner to promote economic recovery