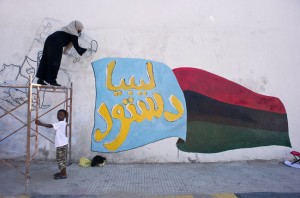 Libya’s Toubou, Amazigh and Touareg minorities on Wednesday (July 17th) announced plans to boycott the election of the constitutional commission.

The statement from the twelve Toubou, Touareg and Amazigh members of the General National Congress said they would also suspend participation in the legislative body.

Minority delegates denounced the voting method used for the drafting of the constitution, which “will be on the basis of the majority and not on the principle of consensus”.

That same day, Nalut congressman Shaaban Abou Setta told Magharebia that he and three other Amazigh GNC members had submitted their resignations.

“Nobody will succeed us in our seats, which will remain without representation.” The Amazigh will boycott the GNC “because of the constitution-drafting panel law about the rights of minorities”, he said.

Five Touareg members have also withdrawn from the GNC for the same reasons, Setta noted.

“The representation of minorities should be done by consensus,” he argued. “Giving minorities a few seats in the constitution-drafting panel won’t enable them to express their ideas and opinions in a manner that would serve their areas’ populations.”

“Even in international law, minorities have a special status. The rights of minorities must be respected, and they must have their own say,” the GNC member said.

The Amazigh and Touareg will not run for the 60-seat panel and will not vote in the election, Setta added.

“If there is no consensus, there will be civil disobedience, and we won’t acknowledge the GNC, the constitution-drafting panel and the constitution itself,” journalist Tariq Alrowaymidh said. “This is because the law is based on majority, i.e. 40 out of 60.”

“Libya’s Amazighs in Zuwara, the Nafusa Mountains, Ghat, Ubari, Sabha, Jalu, Awjila, Ghadames and Daraj will boycott the constitution-writing panel. whether in running for election or voting,” Benghazi political activist Rashid al-Kikhia said. “The Amazigh in Libya demand that their language be integrated in Libya’s new constitution and be given freedom in using their language at educational institutions.”

The move by the minority delegates spurred strong reactions from Libyan citizens.

Others said the withdrawal of the lawmakers would impede the democratic transition.

“This is exactly what we’ve warned of,” Tripoli resident Youssef al-Ghali said. “We have to respect democracy; the constitution will be voted on, and everyone must respect the ballot boxes whatever the cost may be.”

Al-Ghali expressed concern over the eruption of a civil war if Libyans failed to unite.

“There is no difference in my mind between Arabs and Amazighs,” said teacher Haifa Bin Mahmdou, 33. “There are relations by marriage between us.”

“The term ‘minority’ has no place in Libya,” she added.