Photos published on social media in Libya have shown fighters from the forces under the command of Khalifa Haftar burning, desecrating, and taking selfies with dead bodies from the forces of the Libyan Army under the UN-backed Government of National Accord (GNA).

One of the photos shows a fighter from Haftar’s forces, attacking Tripoli since April 04, sitting on a dead and burnt body from GNA’s forces and taking selfies with it. 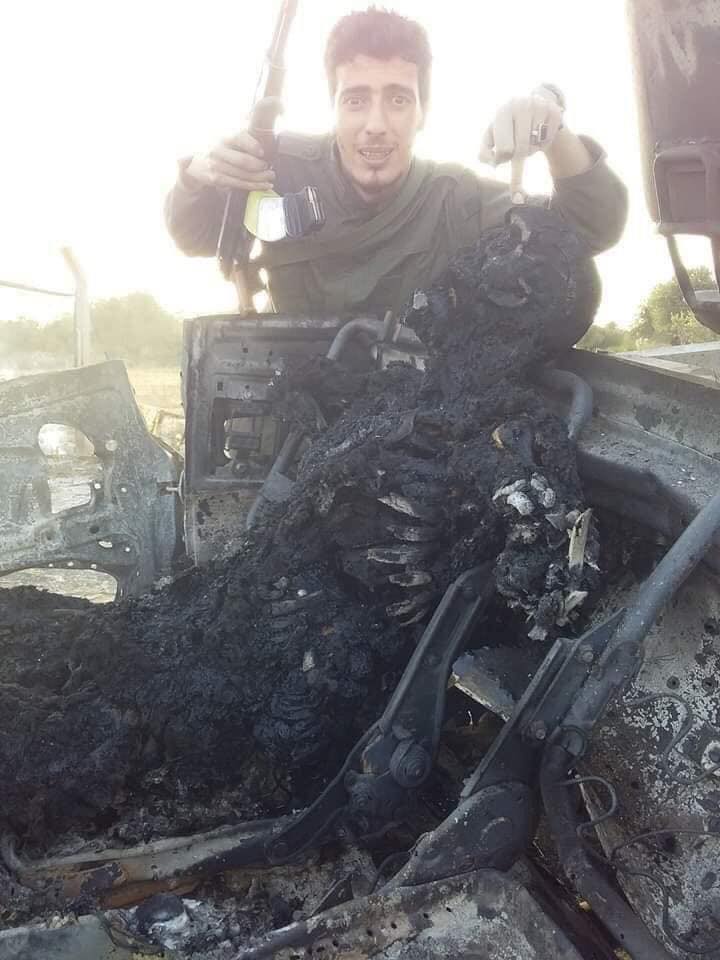 Sources from the GNA say the dead bodies were caused by an airstrike of a UAE-provided drone of Haftar’s Air Force.

This behavior is systematic by Haftar’s forces as it has been documented in Benghazi and Derna before Tripoli.

Dahaya Human Rights Organization said about 100 captives were executed by Haftar’s forces in the battle for Benghazi’s control in July 2017.

The organization said the crimes committed by Haftar’s forces amount to war crimes and crimes against humanity, as they violate all norms and international conventions, laws and treaties.
The views expressed in Op-Ed pieces are those of the author and do not purport to reflect the opinions or views of Libyan Express.
How to submit an Op-Ed: Libyan Express accepts opinion articles on a wide range of topics. Submissions may be sent to oped@libyanexpress.com. Please include ‘Op-Ed’ in the subject line.
GNAHaftarLibya
Share
Submit a Correction
Sign up for our Newsletter.