Libya on the verge of foreign military intervention against ISIS 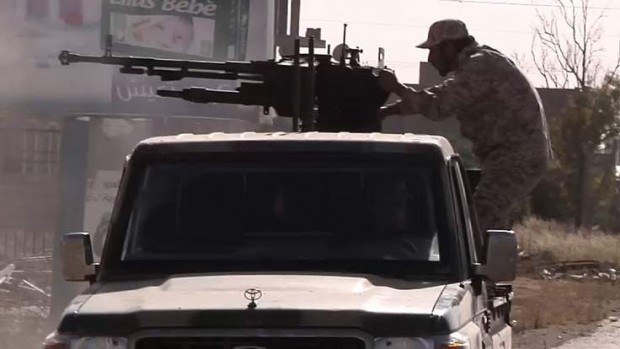 A couple of years ago, I had lunch with a senior civil servant responsible for, among other things, advising the Prime Minister.

The adviser, a little younger than me, had not been on the ground in Libya – and I had.

“You need to keep an eye on Libya,” I somewhat pompously intoned. “The place is falling apart and the loonies are on the march.”

The former Italian colony has, following the fall of the Gaddafi regime, become a messy bolognaise of a country.

Tribal militia have seized vast swathes of the country which was splitting between east and west while the “loonies” – radical jihadis – were gaining ground.

The mandarin replied: “Oh, we’re not seeing any intelligence to suggest that Libya is likely to be much of a problem any time soon. And anyway, we’ll never get buy-in from ministers for any kind of an adventure there.”

I spluttered with incredulity – but allowed the conversation to move on with “I hope you’re right”, while knowing that this Crown Servant was most certainly wrong.

The encounter does much to explain why British foreign policy has been so muddled over the last few years when it comes to the Middle East – and why the United Kingdom is seen as being on the retreat from the world by once proud allies.

First, the assertion that there was no intelligence giving cause for concern. Duh! Read the papers! If the spooks really were advising that Libya was hunky-dory, then they needed reassigning to counting traffic cones.

Worse still, the government adviser wasn’t going to give necessary advice because ministers were unlikely to want or appreciate it, much less act on it.

So now Libya is a mess and the so-called Islamic State’s leadership bolthole. It is a short hop from Europe, and the apocalyptic cult is close to getting its hands on vast oil wealth there.

Like it or not, Libya will have to be a foreign policy focus in 2016. There will almost certainly have to be military intervention there by the very allies who helped depose Gaddafi – notably France and the UK.

The lessons of failing to plan for the post-dictatorship in Iraq meant that Libya was left to spin apart and scatter its gigantic armouries to the four winds and the horsemen of the apocalypse.

This was a predictable error. And has become a near criminal mistake.

But it derives from the persistent problem that the West’s leadership continues to try to see the world the way they wish it to be, not the way that it is.

The same failure has gripped the UK’s response to the so-called Islamic State in Syria and Iran.

The cult is being contained, even ground down a little, by airstrikes. But David Cameron has failed to lead the argument for his own policies (or lack of them) there.

He need not have asked parliamentary approval for the RAF to extend operations into Syria from Iraq, where a few jets had been bombing for almost 18 months.

If he had a clear sense of what needed to be achieved, he could have simply ordered the aircraft to extend their area of operations into Syria – where they should have been operating anyway. Legal cover had come from the United Nations, and the US-led coalition had been bombing there for months anyway.

Instead, he made the crazy claim that 70,000 fighters were standing by in Syria to fight IS.

This is a fantasy. These forces do not exist, yet he was so unsure of his own argument that he felt the need to conjure them up.

Clearer eyes are going to be needed to see the targets in Libya, before they loom into sharp focus even closer to home.

For: Libya on the verge of foreign military intervention against ISIS