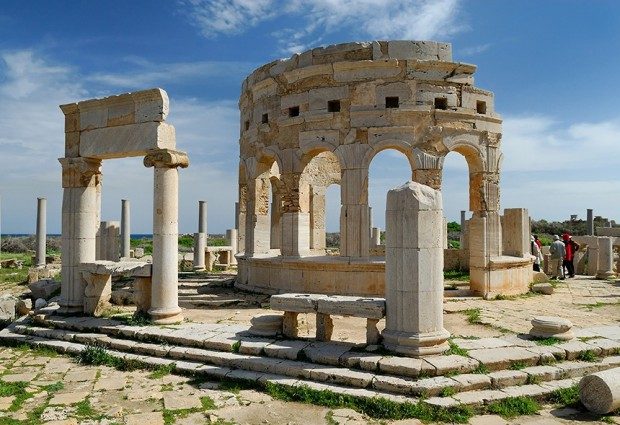 Insecurity and looting have hit Libya’s archaeological sites in the chaos and fighting that followed the overthrow of Muammar Gaddafi in 2011, as rival groups struggle to consolidate control of the country.

Ahmed Hussein is Head of the Eastern Libya Antiquities Department. He explained that Libya’s international heritage sites are now endangered.

“The international heritage sites in Libya has been designated as endangered sites due to the security situation in Libya. A country that is going through war will see its historical artifacts also placed on the list of endangered sites. It will not attract the attention of countries or international institutions in the countries that have armed conflict.” Reuters reported on Wednesday.

“In the absence of foreign tourists and the sites visited only by Libyan families on weekend trips, locals have seized land at the sites and vandals have smeared graffiti on columns and walls. Efforts to preserve ruins are further hampered by the fact that Libya has two governments and a 2013 law that allowed people to reclaim land confiscated under Gaddafi.” Reuters added.

Hussein said, “There have been grave infringements despite the efforts of the tourist police and Shahhat archaeological authority to stop these, but it still exists. This is due to the power struggle between civilians and security forces.” according to Reuters.

Hussein said about 1,700 artifacts looted in the country had been returned since 2011.

Libya is home to five of UNESCO’s 1,092 World Heritage sites, listed for their outstanding universal value.

The views expressed in Op-Ed pieces are those of the author and do not purport to reflect the opinions or views of Libyan Express.
How to submit an Op-Ed: Libyan Express accepts opinion articles on a wide range of topics. Submissions may be sent to oped@libyanexpress.com. Please include ‘Op-Ed’ in the subject line.
Libya
Share
Submit a Correction
Sign up for our Newsletter.