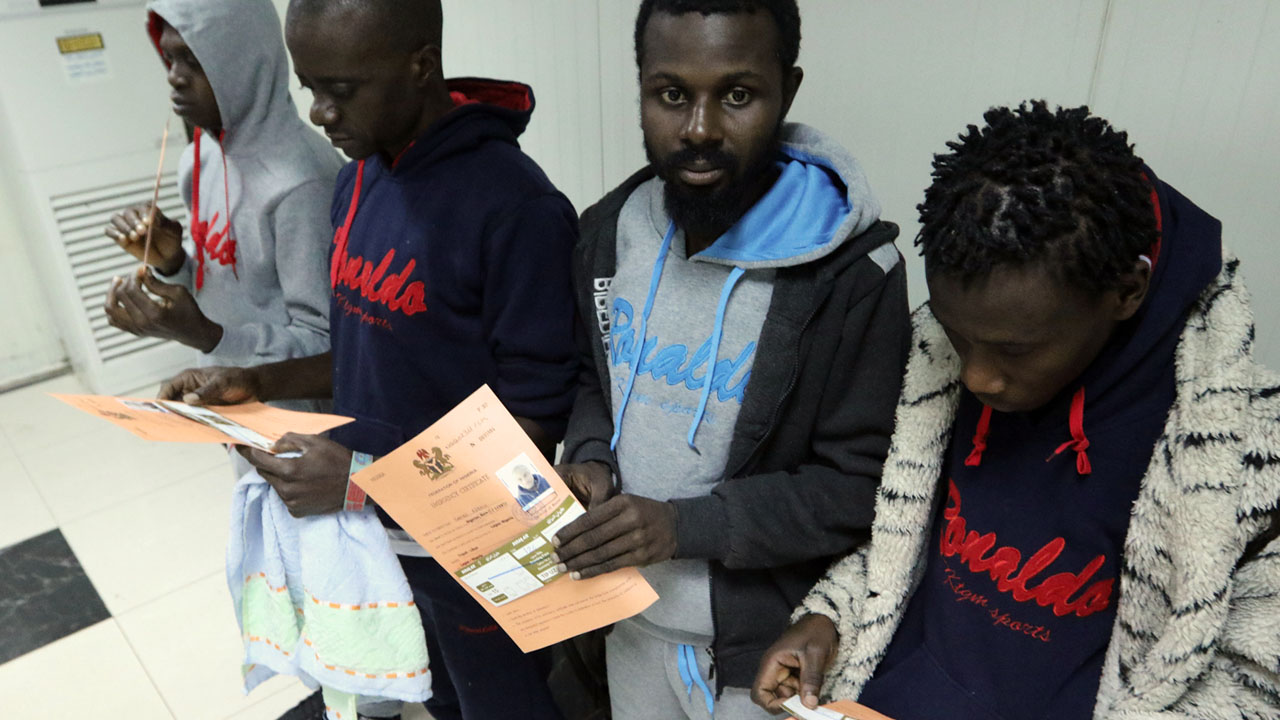 Libyan authorities on Thursday flew
home 159 Nigerian migrants stranded after failing to reach Europe, in the second such voluntary repatriation operation this week.

“In coordination with the IOM (International Organization for Migration), we are repatriating 159 Nigerians… including three infants,” Badreddine Ben Hamed, head of Libya’s anti-illegal immigration force, told AFP at Mitiga airport.

The Nigerians, wearing tracksuits and new sneakers, were driven to the airport near the Libyan capital in two buses.

“I wish I could go to Europe but I can’t,” said a woman called Fate, carrying a baby in her arms.

“I’m happy to be going home,” said another Nigerian woman.

IOM head William Lacy Swing, who was in Tripoli on Wednesday, visited a reception centre for migrants accompanied by the UN special envoy for Libya, Martin Kobler.

“We can no longer turn our back on the communities affected by the current migration crisis” in Libya, said Swing, who met with Libyan officials.

Kobler said it was “a humanitarian imperative” to improve the living conditions of migrants and help with repatriations. “Voluntary return must be assisted,” he wrote on Twitter.

A group of 150 nationals of the Ivory Coast, gathered from detention centres around Libya, were flown home on Tuesday.

Six years since a revolution that toppled dictator Moamer Kadhafi, Libya has become a key departure point for clandestine migration to Europe via perilous boat crossings of the Mediterranean.

For: Libya sends 159 Nigerian migrants home in cooperation with IOM