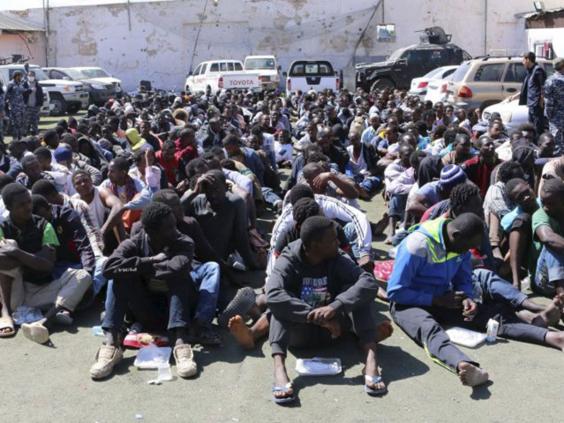 The chief of the Illegal Immigration Agency Brigadier General Mohamed Beshr described the decision, which came days after his meeting with Francesco Masini, envoy of the Dutch Foreign Minister, as being in the interest of the public and the department’s work organization.

The topics discussed at the meeting were the contributions pledged by the Netherlands and the maintenance of immigrant shelters in Libya.

Libyan immigrant reception centers house thousands of migrants, mostly Africans, rescued in the Mediterranean on boats while attempting to cross to European shores.

Sheltering illegal immigrants in Libya has been suffering major problems, particularly in equipment and infrastructure.

The views expressed in Op-Ed pieces are those of the author and do not purport to reflect the opinions or views of Libyan Express.
How to submit an Op-Ed: Libyan Express accepts opinion articles on a wide range of topics. Submissions may be sent to oped@libyanexpress.com. Please include ‘Op-Ed’ in the subject line.
Illegal ImmigrantsLibya
Share
Submit a Correction
Sign up for our Newsletter.