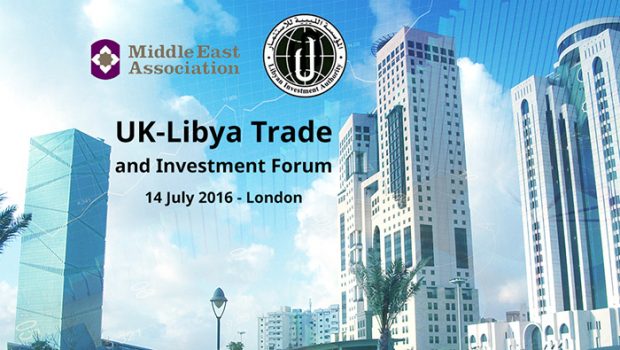 An official UK-Libya Trade and Investment Forum was announced today by the UK Middle East Association and the Libyan Investment Authority. The event will be held in London on 14 July.

The forum will focus on the immense potential, and urgent need, for reconstruction and investment in Libya. It will bring together UK and international investors and businesses, as well as senior government representatives from both countries.

The recent establishment of the Presidency Council and Government of National Accord in Tripoli, headed by Prime Minister Fayez al-Sarraj, marks a turning point for Libya, and an opportunity for national reconciliation and rebuilding.

“The Presidential Council in Tripoli, and the key Libyan institutions standing firmly behind it, have the support of the UK government and the international community. We look forward to helping establish the country as a fertile ground for investment, and ensuring a bright and prosperous future for Libya and its people.”

AbdulMagid Breish, the Chairman and CEO of the Libyan Investment Authority (LIA), said:

The MEA is organizing the forum in conjunction with the LIA and Developing Markets Associates (DMA), and working closely with both the UK and Libyan Governments.

The UK-Libya Trade and Investment Forum will cover a range of potential opportunities in Libya, with a particular focus on infrastructure, energy and the financial sector. It will also cover the pressing issues around rebuilding Libya’s civil society, healthcare and welfare systems.

The forum will also match international investors and businesses with opportunities in Libya, and discuss potential co-investment opportunities with the private sector on key infrastructure and business projects.

The MEA is a London-based non-profit members association promoting trade and investment between the UK and the Middle East and North Africa. It serves as a forum for over 350 organisations to network and advance business opportunities in the region, and was founded in 1961.

The LIA was established in 2006 as the Libyan Sovereign Wealth Fund. The organisation’s ultimate aim is to build, and enhance the resilience of, the Libyan economy for future generations, by providing Libya with alternative sources of income in addition to those from hydrocarbons.

DMA is one of the world’s leading investment promotion groups – having hosted over 300 heads of states and cabinet ministers and secured over $12 billion in new investment into emerging markets in the past decade.

For: Libya Trade and Investment Forum to be held in London on 14 July