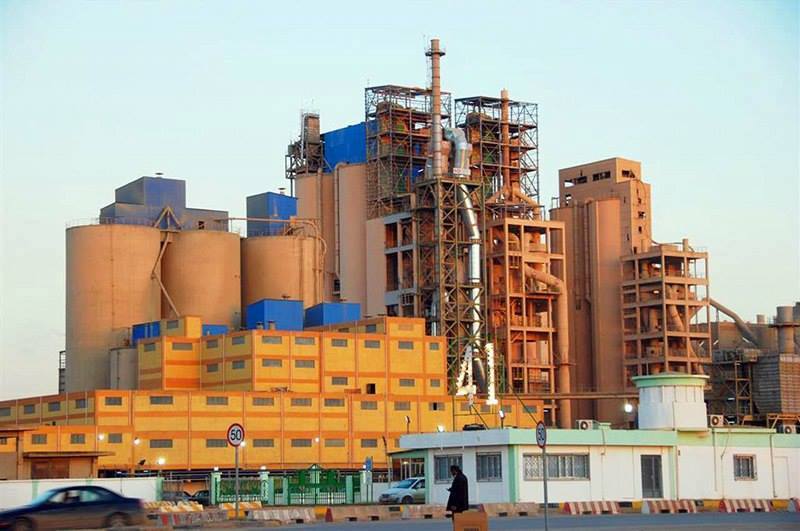 In a meeting held in Amman Jordan at the end of April, the Newly appointed General Manager for the ESDF, Dr Khalid Erkhais, joined with Mr Ahmed Ben Halim, representing the majority owner, in attending the General Assembly meeting of the Joint Libyan Cement Company to decide on finalising the plans to get the Company’s factories back in operation in Benghazi as quickly as possible.

The two factories in Benghazi have been closed since mid-2014 due to the fighting that took place in the Hawari district making it unsafe for employees to attend work.

“In March/April 2016 the Benghazi Cement Factories were caught up in the battles between the LNA and Militia Groups opposing them. Heavy fights between these two groups caused major damages to LCC premises.” A statement by the LCC indicated.

According to the statement, the damage is estimated at the order of tens of millions of euros for making repairs.

“Extensive re-building of the assets is necessary. This will take time and the management estimates that 1-year will be needed to get back into production.” The statement adds.

Moreover, the LCC statement indicated that there are many obstacles; the site must first be made safe, then parts and supplies must be ordered from overseas, skilled construction workers must be found and the infrastructure in Benghazi (electricity, gas supply, etc) must be restored.

The meeting, according to the statement, considered plans from the management and the owners emphasized the need to move quickly.

“Already orders are being placed and plans for making the site safe are well advanced.” LCC said.

“Mr Ben Halim and Dr Erkhais are united in their intention to re-start the business as quickly as possible on the one hand, and emphasised the importance of good planning and steady progress on the other. In other words, it must be well thought out and organised, and mistakes due to excessive
haste have to be avoided. The safety of all employees and workers is paramount.” The statement concluded.