Libyan forces are close to eliminating IS from whole Sirte 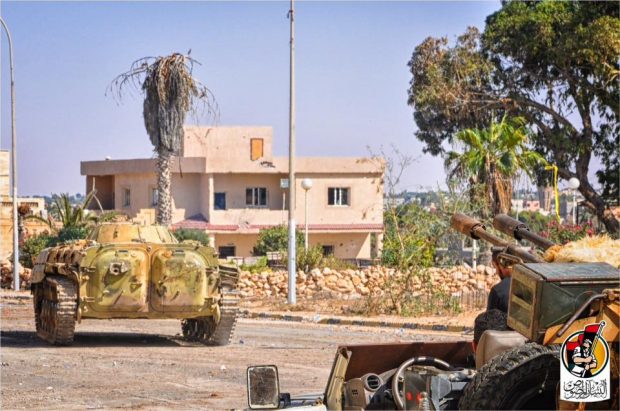 U.S.-backed Libyan forces are close to vanquishing Islamic State from its last holdouts in the city of Sirte, U.S. Defense Secretary Ash Carter said on Wednesday.

Carter said forces aligned with Libya’s U.N.-backed government, who have been aided by U.S. air strikes since the beginning of August, had cornered Islamic State in one small section of the city.

Libyan forces said on Saturday they had advanced against some of Islamic State’s last holdouts in the city.

IS group exploited Libya’s deep political divisions to seize Sirte more than a year ago, using it as a base for Libyan and foreign fighters. Losing the city would compound the setbacks it has suffered in Syria and Iraq.

The Sirte campaign is only one of many challenges in Libya, where the U.N.-backed government is trying to unite a multitude of rival factions that have divided the country since the downfall of Muammar Gaddafi in 2011.

Carter said the United States would not halt its assistance to Libya once Sirte was retaken.

For: Libyan forces are close to eliminating IS from whole Sirte