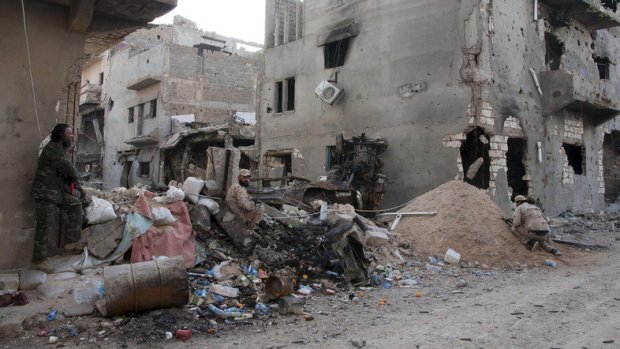 The Libyan forces of Al-Bunyan Al-Marsous military operation in Sirte have announced that they foiled an attempt by IS militants to explode two booby-trapped vehicles in the positions they control in Sirte.

This comes as the media office said on Sunday that 4 fighters were killed and others injured in the fight against the terrorists on the sea front line where they are trying to eradicate the IS militants from Neighbourhood 1, 2, and 3 – the last hideouts of the radical groups.

on Friday, a senior leader in the Libyan forces military operation Al-Bunyan Al-Marsous announced that the Misurata-led forces, which are appointed by the UN-backed Government of National Accord, have kicked off the final battle to eliminate IS radical group from the remaining hideouts in the city of Sirte under the name “Macmadas”, which is the ancient name of Sirte.

The leader also said that the Misurata-led forces were bombing the last two hideouts for IS in Sirte, Neighbourhoods 1 and 2, saying that liberation of Sirte is due to be announced.

Moreover, on Wednesday, the Libyan forces of Al-Bunyan Al-Marsous controlled Ouagadougou Conference Halls Complex – IS base – in Sirte after violent clashes with IS militants.

For: Libyan forces foil IS suicide attack, lose 4 fighters as battle rages on