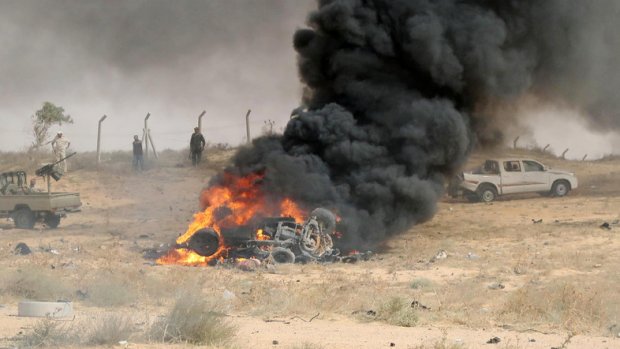 IS militants in Sirte have carried out nine suicide bombings in one day in a failed bid to hold a central district of Sirte, pro-government forces said Wednesday.

The attacks on Tuesday in the coastal city left 10 pro-government fighters dead and 82 wounded, said Reda Issa, a spokesman for forces allied with the unity government.

They took place as forces loyal to the Government of National Accord (GNA) advanced on Sirte’s central Neighbourhood 2 as part of a three-month long offensive to oust the jihadists from the city.

An IS fighter blew up his vehicle close to a group of soldiers and journalists, wounding several, said an AFP photographer.

Five of the bombers attacked using cars, one on a motorbike and three on foot, said the pro-GNA forces, which published several photos of the bombers’ corpses.

The spokesman of the Libyan forces of Al-Bunyan Al-MArsous, Muhammad Al-Ghasri, announced Wednesday that the UN-backed Government of National Accord (GNA) will appoint a military leader to govern the city of Sirte after the fight ends and after IS militants are eradicated.