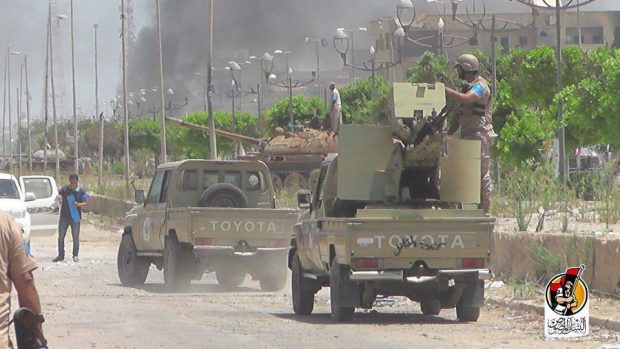 The media office of Al-Bunyan Al-Marsous laid hands on marriage contracts of IS militants signed and stamped by the IS judge of civil registry in Sirte.

The marriage contracts reveal that some IS terrorists married women from different African and Arab Maghreb nationalities.

What is strange, the media office reported, is the dowry written for each wife in the contracts by IS militants. For instance, Abu Mansour Al-Tunisi writes an explosive belt as a dowry for his Nigerian wife, Maryem, whereas, another IS militant – Abu Saied Al-Mali – wrote a klashnicove for his new Nigerian wife, Fatima.

Moreover, the media office of the UN-brokered GNA’s operation in Sirte indicated that the representative of some of the wives was stated as “the deputy of the Sultan” which is quite an odd allusion, according to the office.

“One of the women to be wedded by an IS terrorist was described as (she divorced her husband) in one contract.” Which is against Islamic rules as the husband is the one who divorces not the wife. 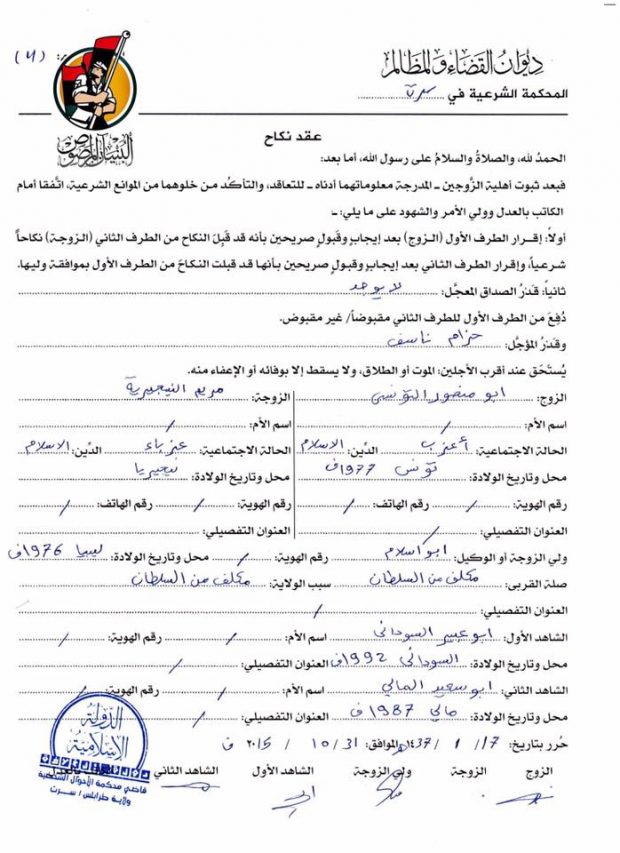 For: Libyan forces reveal IS marriage contracts where militants give weapons as dowry