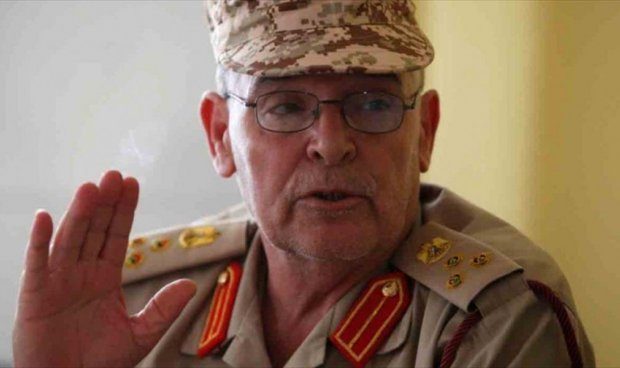 The spokesman of the Misurata-led forces of Al-Bunyan Al-Marsous, Muhammad Al-Ghusri, said that the battle for the liberation of Sirte from IS militants had finished on the military level.

“The remaining IS militants are not positioned in a combat mode, they are rather cornered, lost and perplexed in a very small area in the city.” Al-Ghusri told the press on Wednesday.

He reassured the Libyan people that the Misurata-led forces of the GNA-appointed Al-Bunyan Al-Marsous have now shut all the possible exits that IS militants can use to evade their doomed death.

“A coordinated work between our air force and ground troops has paid off and all IS militants are waiting for their death at any minute as they lie trapped in a very small area in Sirte – an area that is encircled by our forces.” Al-Ghusri added.

“IS radicals have now two options; surrender or die.” He indicated.

The spokesman of the Libyan GNA-backed forces also added that the reason why they have protracted the war on IS militants this long is that their war on them is a cross-country one – “we want to eradicate IS from the entire country, not only from Sirte, that is why we made sure all of them remain inside the city till they are killed.” – he explained.

Meanwhile, the Libyan forces have made great advances after they captured Jizah and Al-Manara camps neighbourhoods as well as parts from 3 and 600 Buildings neighbourhoods, killing a huge number of the militants, who are reportedly left with only snipers and mines as their last weapons.

In addition, on Tuesday a video went online showing three foreign women who were inside a house with IS militants asking the Libyan forces for permission to let them get out safely and of course the Libyan forces secured them to safety. The women were from African countries and were used by IS as contract wives and human shields, according to media outlets.

For: Libyan forces say eradication of IS terrorists from Sirte is at hand