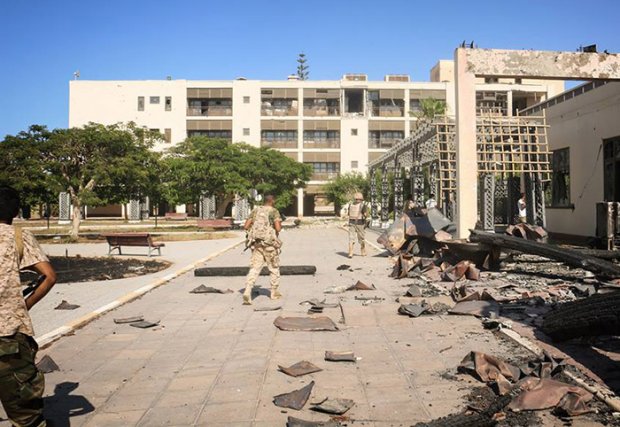 Libyan Forces of the Government of National Accord’s Al-Bunyan Al-Marsous operation said they had seized a new position near the IS group’s command centre in Sirte.

Libyan Forces of Al-Bunyan Al-Marsous announced control of Guest Palaces Compound in Sirte, defeating ISIS militants in there and killing a number of their snipers, the spokesperson Muhammed Al-Ghasri said.

Al-Ghasri added that they lost four fighters and 7 others were injured during the advance and control of the new areas.

The pro-GNA Misurata-led forces have been engaged in a military operation since May 12 to retake the coastal city, which lies 450 kilometers east of Tripoli.

Sirte has been an IS stronghold since June last year. Last week, United States forces started bombing IS positions in Libya.

The US says it is carrying out the air strikes at the behest of the GNA.

Pro-GNA forces entered Sirte in June, but their progress slowed as they were hit back with sniper fire, suicide attacks and car bombings.