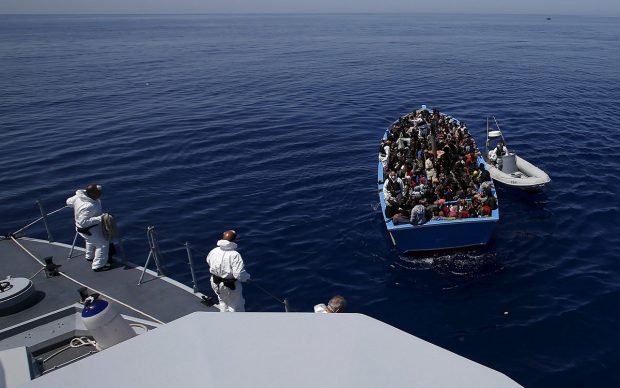 The spokesman of the Navy Force, Ayoub Qasim, said the EU naval mission, Sofia, has not yet helped Libya’s Coast Guard to control the country’s waters.

Qasim told Ajwaa Net that the Libyan Coast Guard personnel cannot intercept all the human trafficking happening in the Libyan territorial waters due to acute shortages of necessary equipment.

“There are some vessels that enter our waters and smuggle oil while the EU Sofia ships are watching, then those vessels head to one specific EU country.” Qasim indicated without mentioning the EU country’s name.

He added that the Libyan Navy Force contracted EU companies to receive 4 ships and a group of boats, however, “they have not arrived yet despite our repeated calls for them” Qasim stated.

The EU Sofia ships have not violated the sovereignty of the Libyan territorial waters, but they have intercepted sine immigrants boats in the international waters in coordination with the Libyan Navy Force.