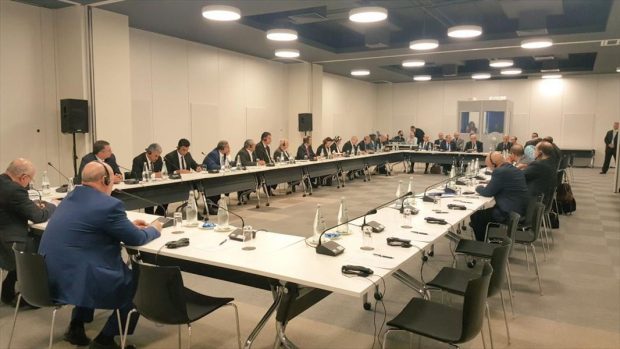 The UNSMIL media center has disclosed that the members of the Libyan Political Dialogue (LPD) will kick off a two-day meeting Thursday.

“The meeting will be aimed at ending the impasse and agreeing on steps towards advancing the implementation of the Libyan Political Agreement (LPA).” The UNSMIL reported.

The attneding political stakeholders are expected to take stock of recent political and security developments on the ground, identify key challenges and propose measures to overcome the serious obstacles facing the implementation of the LPA.

Speaking prior to the meeting, Martin Kobler, the Head of the UNSMIL, stressed that the situation in Libya became precarious and would need prompt action and leadership.

“Only with a unified and effective Libyan Government, the people of Libya will live with security, and basic services can be restored” Kobler indicated.

The UN delegate to Libya also expressed his gratitude to the Government of Malta for facilitating the organization of this pivotal meeting, which comes at a critical juncture in Libya’s path towards peace, unity and prosperity.

For: Libyan political rivals meet in Malta to shake off the country’s impasse