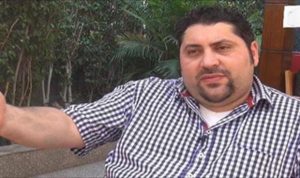 The member of the National Sovereignty Bloc, Ziyad Dugheim, has disclosed that the bloc requested from the Al-Thinni government of the Tobruk-based House of Representatives to give away Libyan oil to Egypt free of charge as a kind of support for the Egyptian government.

Speaking on the phone in the Egyptian channel’s Sada Al-Balad program Wednesday, Dugheim said when the National Sovereignty Bloc members heard that Saudi Aramco company was ditching Egypt and would stop providing it with oil, they called Abdullah Al-Thinni, the head of the HoR’s Transitional Government (Al-Thinni government) and asked him to contact Egypt and provide them with oil without any financial charges.

“Al-Thinni immediately called the Chairman of the Benghazi-based National Oil Corporation, Al-Naj Al-Magherbi, and told him to visit Egypt and deliver the free Libyan oil offer to the government. “ He indicated.

He also told the channel that Egypt has never left them and has always been the shelter for Libyans whenever any crisis happens in the country.

Dugheim als mentioned that the Khalifa Haftar-led Dignity Operation forces, which he called the Libyan National Army, have their grip on 80% of the Libyan soil and 95% of the Libyan resources.

Similarly, in an earlier interview by phone with the Egyptian channel, CBC Extra, The legal adviser of the leader of Dignity Operation, Khalifa Haftar, Saleh Abdelkareem, said that a plan to export oil to Egypt by the Egyptian pound was presented to the Tobruk-based House of Representatives and its Transitional Government of Al-Thinni, as well as the parallel National Oil Corporation and the Governor of the parallel Central Bank of Libya, Ali Al-Hebri.

“We want to help Egypt receive our oil and not be obliged to buy oil by dollar or other foreign currencies. Egyptians must benefit from the Libyan oil.” Abdelkareem bluntly told the CBC Extra.

For: Libya’s HoR government will give away Libyan oil to Egypt, said eastern political activist