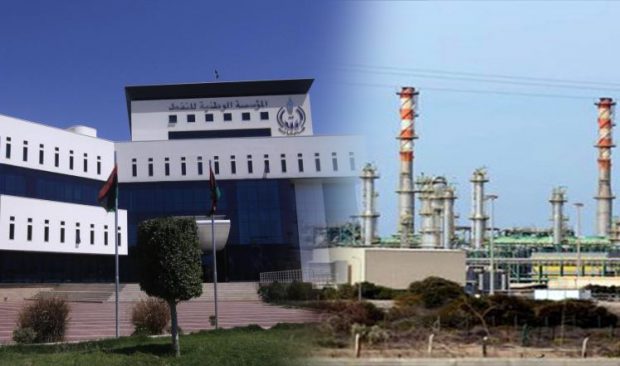 PetroChina Co. agreed to an annual contract to buy Libyan crude after similar deals by oil majors like Royal Dutch Shell Plc and BP Plc, underscoring a recovery in the North African country’s production even as its political uncertainty persists.

The term contract is the Chinese oil producer’s first with Libya’s National Oil Corp. since 2013, according to a person familiar with the matter, who asked not to be identified because they aren’t authorized to speak to the media. BP and Shell also agreed in January to annual deals to buy crude from Libya.
NOC’s list of 2017 term buyers — including Eni SpA, Total SA, OMV AG, Repsol SA, Rosneft PJSC, Lukoil PJSC and Glencore Plc — will continue for 2018, and only Shell, BP and PetroChina will be added to the list, the person said.
Libya is keeping its oil output steady at 1.1 million barrels a day as higher production from two of its biggest oil fields offsets the impact of a shutdown at a key deposit operated by Italy’s Eni, the person said. While the return of major oil companies to its list of customers would be good news for the country, Libya’s output remains well below where it was prior to the 2011 revolt that ushered in years of security and political challenges.
The closure of the El-Feel oil deposit is the most recent example of the Libyan industry’s continuing fragility. Other fields, including the nation’s biggest, Sharara, have also experienced sporadic disruptions. Rising production from Sharara, and Waha rose to 300,000 barrels a day each, making up for lost output from El-Feel, the person familiar with the matter said.

Production from Mellitah Oil & Gas B.V., the venture that operates El-Feel — also known as Elephant, dropped to 25,000 barrels a day from 75,000 barrels a day after a protest by security guards closed the deposit. Crude loadings at Mellitah, the Mediterranean export terminal for El-Feel, will be “modified” after force majeure was declared for deliveries from the field on Feb. 23, the state-run NOC said in a document obtained by Bloomberg. Force majeure is a legal status protecting a party from liability if it can’t fulfill a contract for reasons beyond its control.

Mellitah was set to load four cargoes this month, each holding about 600,000 barrels, according to a loading program seen by Bloomberg. One vessel was scheduled to be loaded Feb. 21 to Feb. 23. The NOC didn’t specify what the modifications would be to the loading program.

The views expressed in Op-Ed pieces are those of the author and do not purport to reflect the opinions or views of Libyan Express.
How to submit an Op-Ed: Libyan Express accepts opinion articles on a wide range of topics. Submissions may be sent to oped@libyanexpress.com. Please include ‘Op-Ed’ in the subject line.
LibyaOil
Share
Submit a Correction
Sign up for our Newsletter.