Europe failed catastrophically to deal humanly with the influx of around a million people fleeing death and war, worsening the crisis and putting their lives and wellbeing at further risk.

The stark judgement came from Médecins Sans Frontières (MSF), the French originated global body that traditionally works to meet the health needs of the most disadvantaged in the world, often at great risk to themselves.

They don’t normally look for boats to take drowning people out of the Mediterranean or deliver babies on vessels or help find missing relatives for children. But over the past 12 months they looked after the medical needs of just under 100,000 people that were picked out of the water or out of boats. That is one tenth of the estimated one million that fled to Europe from wars in Syria, Afghanistan, and Iraq. A quarter of those were children under the age of 18 years and one sixth were women.

The body, that depends on donations, spent €31.5 million and mobilised 535 staff to respond to the needs of migrants that wouldn’t have been necessary in many cases if Europe had provided safe passage and humanitarian standards of reception for these desperate people. In total they spent €62.5 million including on search and rescue operations and looking after refugees in Italy, Greece, the Balkans, and their countries of destination. 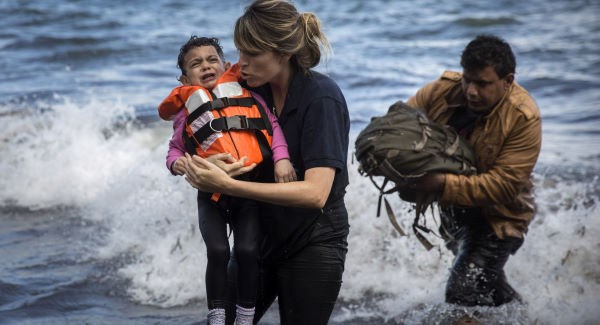 MSF is scathing in its analysis of European leaders’ response: “The lack of safe and legal options for people to flee, the razor wire fences, capriciously closed borders, squalid, inhumane reception conditions, and the complicated, ever changing registration procedures aggravated the already miserable conditions imposed on thousands fleeing war, poverty, and oppression, serving only to make fleeing more dangerous and increasing the suffering of those on the move.” An MSF emergency coordinator working on the Phoenix off Malta said she always gets the same answer from people when she asked them why they risk their lives — “there is no alternative”.

“These people know the dangers but they take the gamble anyway. They tell us that they would rather drown seeking safety and freedom than stay in their homelands or in Libya where their lives are not worth living,” she reports. One Eritrean woman who stayed three months in Tripoli told MSF: “I have no words to describe my life there. It’s the worst place in the world. They treated us like animals. They separated women from men and every day they took one of us to quench their lust. Who wants to stay in Libya under these conditions? I don’t want to be abused again. So we had no choice. It’s true, we knew that we could die at sea, but it was our choice.”

Last year, 2015, was the deadliest year on record in the Med with at least 3,771 people dying on Europe’s shores — while the lack of humanitarian action by the EU and governments pushed people into the hands of smugglers and onto overcrowded boats. 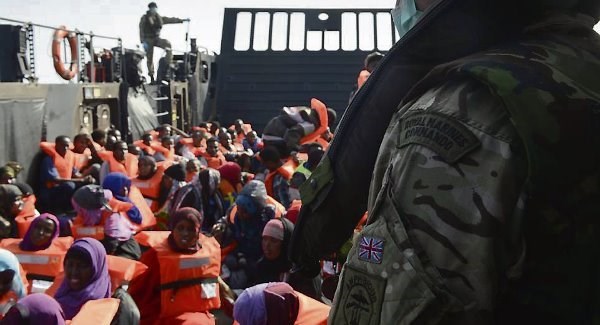 These people were victimised in other ways too, with ongoing reports from sizeable numbers who landed on the Greek islands of Lesbos and Kos of how many were robbed or had their goods thrown into the sea by masked groups. Large boats tried to sink their dinghies at sea while the Greek Coast Guard either contributed or sailed by — something they deny — but MSF say the reports continue.

MSF teams treated two children that survived such an attack. One eight-year-old boy came to the MSF clinic with his father. He told the doctors “since we have been in the water I feel very sad. I don’t know why but I feel very sad”. Fighting back his tears, his father explained that his son had difficulty sleeping since the attack, waking up with nightmares, as well as suffering from bronchitis.

Another child, six-years-old, came to a clinic with his mother. Having fled from the war in Afghanistan, she explained : “My son was completely in the water, there was water all in the boat after the attack. But I managed so that his head didn’t enter the water until we reached the island Farmakonisi. He was in my arms and I was holding him so tight. I was afraid. His whole body was black. His lips were completely blue. It was a miracle nobody died.”

MSF teams compare the emotional scenes of many when they step ashore in Italy and Greece, “people kissed the ground and either jumped up and down or wept with a mixture of joy and relief after surviving the sea crossing”, but their ordeal was far from over as conditions were atrocious.

A Syrian woman told MSF: “We are staying in a dirty tent. There are no mattresses to sleep on, just cardboard boxes. There are no blankets, nothing, just dirt. We don’t even want to go near the toilets. The water is not clean, we cannot wash. I can’t believe that I am living in such conditions with my family. I used to be a teacher and my husband was an accountant. Look at us now. This is inhumane.” 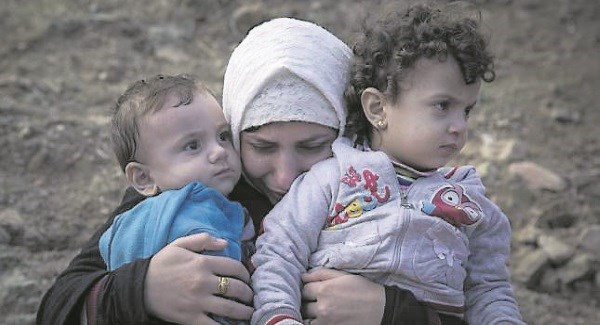 In Greece it was even worse with no facilities even still on Kos as the local authority refuse to let MSF or any other body help, and refuse to help the migrants themselves. The inhumanity continues in other locations too.

“We have witnessed a lot of pregnant women and children queuing for several days in the mud, soaking wet in the pouring rain without any protection, some of them only wearing a T-shirt. People can’t stand up anymore because their feet are swollen after being wet for several days. Without the intervention of our medical teams or volunteers, police don’t allow refugees to leave the queue to have access to health care. This is completely inhumane,” said an MSF project coordinator in Lesbos.

Used to dealing with skin diseases of people escaping the camps in Libya, MSF are now dealing with similar ailments of unhygienic conditions in Greece, made worse by the cold and rain of recent months with respiratory tract infections increasing dramatically.

Pozzallo in Sicily, designated by the EU as one of the ‘hotspots’ had such atrocious conditions and poor response from the authorities that MSF withdrew. Pressure to register the new arrivals was the only priority. One doctor told the horrific story of a young woman, last among 700 migrants to leave a rescue boat. “We immediately realised she had endured violence during their journey through the desert”, and she had suffered female genital mutilation. They alerted the authorities and asked to have her go to a specialist centre. But there was no response and the long wait in the overcrowded centre further destabilised her mental health and she had to be transferred to a psychiatric centre. “For us it was a failure,” the doctor said.

An MSF project coordinator in Sicily said: “Today, 18 corpses arrived in Pozzallo. More corpses. Is there anybody still thinking that people take the decision lightly to cross half of the world risking their lives to reach the wonderful Europe? On Friday, in Augusta, we received a child with a central venous line for chemotherapy. Last week a paraplegic Eritrean girl landed in Pozzallo, after having crossed the desert in a wheelchair. Some weeks ago a teacher from Ivory Coast told me he worked in Libya for two years and was suddenly forced to escape because of ‘black-people hunting’.”

And then there is the domino of countries shutting their borders, starting with Hungary. “European governments along this route continuously played with the health, dignity, and wellbeing of migrants, refugees, and asylum seekers by opening and closing borders seemingly on a whim, without proper planning or communication.

“Far from stemming the flow of people on the move, these restrictions have merely made people’s flight to safety more dangerous, more miserable, and more expensive”. 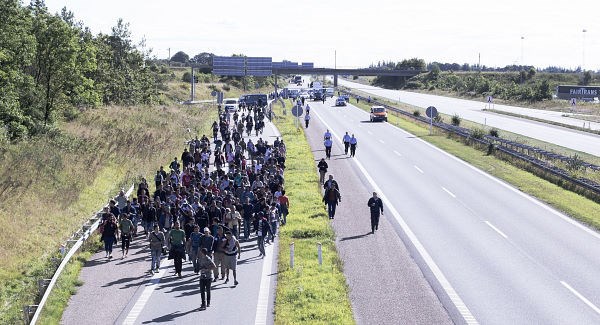 The attitudes of the police has been yet another obstacle to migrants, increasing the psychological as well as physical pressure on people.

The experience of one Iraqi man travelling with his family in Dimitrovgrad in October is not all that unusual: “Bulgaria is an EU country, I cannot believe it, I am so angry. I’m sorry for speaking like this. But the police were really bad. It can’t be called police, it is mafia. They took our money, our phones. They beat us, even women. We are running from Daesh in Iraq but I didn’t know there was a Daesh in Bulgaria.” When safe passage was organised in July from Macedonia to Serbia, people travelled in decent conditions, were rarely exposed to violence or forced into the hands of smugglers, and arrived at their destination relatively healthy. But by late November as borders are shut in their faces, MSF psychologists noted a significant increase in the number of panic attacks and self-harm attempts.

MSF can help alleviate the results of the restrictive policies on their patients’ health and lives. “However, Europe’s prioritisation of border control, security and deterrence over the health and wellbeing of those who flee is extremely difficult to treat. Europe must act to put the lives of those who flee first,” the report says, and warms that all the signs point to the crisis continuing through 2016.