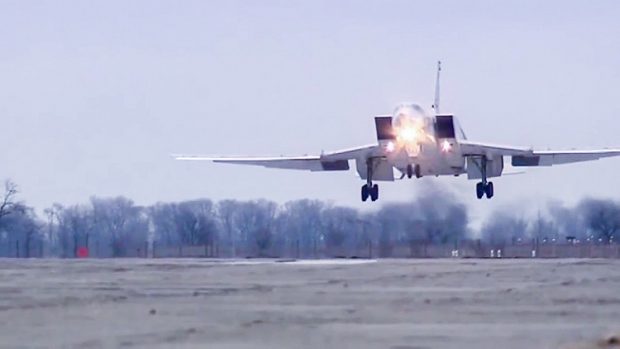 The bombers, based at one of Russian’s southern air bases, took off on Tuesday morning, passed through Iranian and Iraqi airspace and delivered concentrated high-explosive ammunition airstrikes on terrorist targets east of the towns of Palmyra and As Sukhnah, and the village of Arak.

All aircraft have successfully returned to home base, the ministry said in a statement.

The Russian military stated that the information on the eliminated targets was acquired over the last several days and confirmed through several intelligence channels.

The US-led international anti terrorist coalition was notified of the airstrikes in advance, the ministry says.