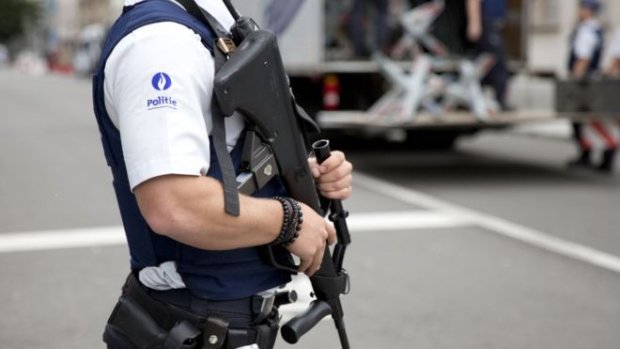 Belgian officials say a man who wounded two policewomen with a machete was a 33-year-old Algerian with a criminal record but no known terror links.

An inquiry for “attempted terrorist murder” has been launched into Saturday’s attack in Charleroi.

The man reportedly shouted “Allahu Akbar” (“God is greatest”) during the assault outside a police station. He died after being shot by officers.

On Sunday the so-called Islamic State group called him one of its “soldiers”.

The statement was similar to those released after recent attacks in France and Germany. Following standard practice, prosecutors did not name the attacker but gave his initials as KB. He had been living in Belgium since 2012 and had minor offences to his name.

Belgium has been on alert since bomb attacks on the city’s airport and subway system in March killed 32 people. Charleroi was used as a base by some of the jihadists involved in that attack, and in the attack on Paris in November 2015.

Prime Minister Charles Michel, who broke off his holiday after the attack, has urged people to remain “constantly vigilant” but “keep a cool head”.

Saturday’s attack unfolded at just before 16:00 local time (14:00 GMT). A police spokesman said the attacker pulled the machete out of a sports bag as he approached a guard post outside the police HQ.

According to a local news agency, one of the policewomen was treated for serious facial wounds, while the other suffered only minor injuries. The assailant was shot and killed by another officer, who was nearby.

For: Machete attacker killed by Belgian police is Algerian and has no terror links