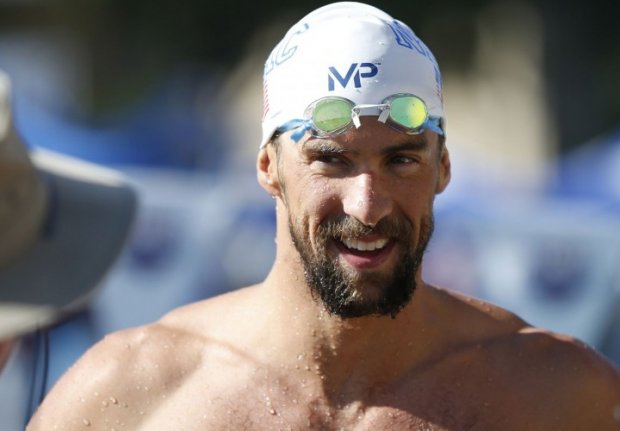 Michael Phelps has established himself as the most decorated Olympian of all time, acquiring 22 medals, including 18 gold, in a two-decade long career. And he’s not done yet.

He is heading to Rio after emerging from retirement nearly a year-and-a-half after the last games. Despite the downtime, he’s shown no signs of slowing down. He is fresh off taking top spots in the 100- and 200-meter butterfly races, and the 200-meter individual medley at the 2015 U.S. national championships.

He did not compete in the 2015 world championships as part of a Team USA mandated drunk driving suspension. He has since sworn off alcohol, and become a father.

Phelps now faces competition in Rio that has steadily been catching up to his record-setting dominance in the 100- and 200-meter butterfly events, and the 200-meter individual medley. Phelps will also partake in all relay events for the U.S.

He lost the top podium spot for the 200-meter butterfly in the London Games to South Africa’s Chad le Clos after securing it in the two previous games in 2004 and 2008.

While Phelps still holds the world record in the event, finishing 1:51.51 at the 2009 world championships, le Clos has proven an effective podium foil.

But in the 200-meter individual medley, Phelps has won without pause from 2004 through 2012, taking three gold medals in the span. If he is able to secure a fourth he will be the first Olympic swimmer in history to secure four top medals in a row in a single event.

Standing in his way will be Japan’s Kosuke Hagino, who posted the best time in the world this year at 1:55.07. Phelps and teammate Ryan Lochte, took second and third respectively.

Much like the 200-meter individual medley, Phelps is hoping to make history with a fourth straight win in the 100-meter butterfly. His 51-second finish at trials was second only to Hungary’s Laszlo Cseh who posted a 50.86 second time.

Phelps has been adamant that regardless of the outcome, this will be his last games.

On the women’s side, 19 year-old American Katie Ledecky is hoping to continue her dominance. She holds world records in the 400- and 800-meter freestyle, and is looking to add the 200-meter.

The distance freestyler is, like Phelps, really in a league of her own, but fellow American Leah Smith could easily finish shortly behind, and Australia’s Jessica Ashwood could round out the podium.

The Aussie posted a respectable 8:18.14 in the 800-meter freestyle at Arena Pro Swim Series, but did not medal in the event in London.

She did, however, post the second best time since London behind Ledecky’s impressive 8:06.68.

Australia has traditionally been the runner-up to the U.S. in swim competitions and is hoping to upend the mainstay favorite this year. It is coming off a tough 2012 where it took home just one gold medal.

If they can defy expectations, veterans Mereia Belmonte, from Spain, and Denmark’s Lotte Friis could potentially shake up the podium.