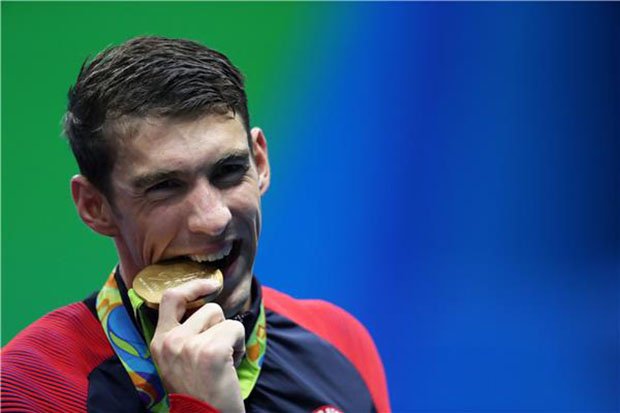 Record-breaking Michael Phelps extended his tally to 21 Olympic gold medals as he won individual and team titles on day four at Rio 2016.

The American, 31, comprehensively beat defending champion Chad le Clos in the 200m butterfly before he helped the US win the men’s 4x200m freestyle relay.

Phelps began the evening by avenging 24-year-old Le Clos’ victory over him at London 2012.

“I wanted that one back. I came into the pool tonight with a mission and the mission was accomplished,” added Phelps.

He cruised to victory in one minute 53.36 seconds as the South African only managed to finish fourth.

Phelps and Le Clos meet again in another latest instalment of their duel when they compete in the 100m butterfly later this week.

The American will also be trying to add to his gold tally when he goes in the 4x100m medley relay and 200m individual medley, also later this week.

“Looking forward to the rest of the week and I’m not even halfway done yet,” he said.

But reclaiming the individual 200m butterfly title was Phelps’ main target in Rio following his dramatic defeat in London four years ago.

That final was supposed to be his farewell to the sport, having already announced his intention to retire after the 2012 Games. He then came out of retirement in 2014.