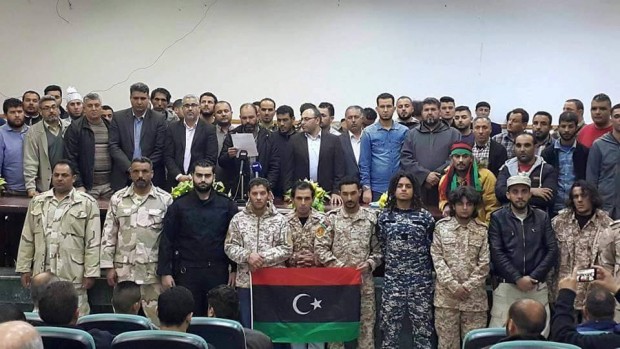 Misrata Municipality and a number of the city’s brigades have announced that they recognise Serraj government as the only legitimate government in Libya.

They also announced, in a televised statement Monday dawn, that they will form a joint security chamber to enable the Government of National Accord to work safely in the capital, Tripoli.

“We consider the other two governments and their representatives stripped of legitimacy and any officiality.” The statement added.

The brigades also clarified that they disown those who endanger the interests of the country and its security and the stability of the citizens.

They concluded by saying that no one, whatever his position is, would be able to hinder the implementation of the Skhirat-signed political agreement.