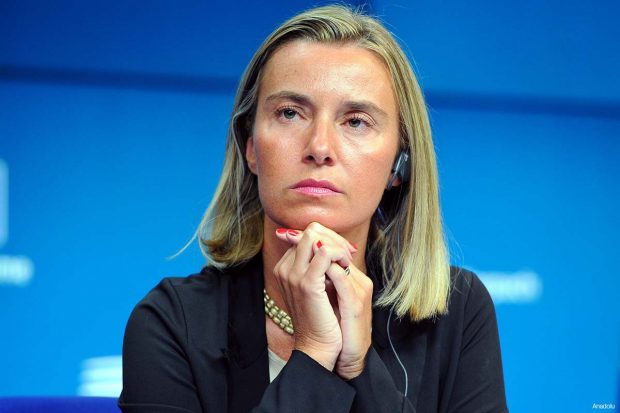 The High Representative of the European Union for Foreign Affairs and Security Policy, Federica Mogherini, said that Sofia operation forces launched by the EU last year in the Mediterranean, are going to start training the Libyan Coast Guard and naval forces in Libya.

In a statement Saturday, Mogherini explained that the European political security committee decided to extent Sofia operation for another year as well as to maintain the main task, which is to eradicate the smuggling networks.

“Sofia cadres will commence training the Libyan naval forces and Coast Guard personnel, and to promote information exchange, at the request of the legitimate Libyan authorities.” She indicated.

Mogherini also pointed out, that Sofia staff will implement the arm embargo to Libya, in accordance to the security council resolution, she also said that the preparations for the new tasks will take several days, asserting on the importance for the European ministerial council’s approval on this matter.

For: Mogherini: EU Sofia to train Coast Guard and Naval forces in Libya