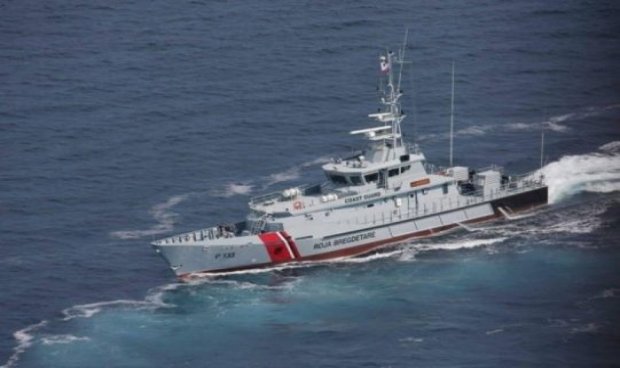 Montenegro’s Foreign Ministry told BIRN that it has sent a note to the Libyan embassy in Belgrade asking for information and assistance in case of the three Montenegrin sailors from an Albanian ship which was seized on smuggling charges near the port of Zawia, Libya.

The ministry said that Montenegrin citizens Marko Markovic, the captain of the ship, and officers Milan Lalicic and Filip Milivojevic, were members of the eight-member crew, alongside five Albanian citizens.

On Monday, a Panamanian-registered cargo vessel was being held by the Libyan Coastguard on suspicion of smuggling construction materials out of the country.

The coastguard said that the Albanian-owned ‘Envi 1’ was intercepted off Zawia on Friday.

According to media reports in Albania, the vessel is owned by Delmore Ventures Ltd based in the Albanian capital Tirana. The ‘Envi 1’ was sailing from Tripoli in Libya to Malta when it was seized.

The company has not comment on the seizure so far but Tirana’s ambassador in Egypt, Edouard Sulo, told Albanian media on Monday that “the ship is anchored the condition of the sailors and the ship is safe”.

The seizure of the ship came amid reports that Libyan authorities have tightened up efforts to prevent criminal gangs smuggling heavily-subsidised Libyan fuel and stolen construction materials, mostly sand, from leaving the country.

It was also reported on Monday that the ship’s captain, Markovic, has been detained over allegations of the illegal transportation of construction materials, but the Montenegrin foreign ministry said that there has been no clarification as to whether the sailors have been arrested or not.

“On Saturday, following a telephone call from one of the members of the family of the Montenegrin citizens who were on board a ship that was stopped by the Libyan Army, we immediately took all the necessary steps and contacted the duty officer at the Embassy of Libya in Belgrade, Abdulmola Alghryani,” the ministry said.

It also explained that the help was requested from the Serbian Embassy in Libya, which represents Montenegro’s interests in the country.

The views expressed in Op-Ed pieces are those of the author and do not purport to reflect the opinions or views of Libyan Express.
How to submit an Op-Ed: Libyan Express accepts opinion articles on a wide range of topics. Submissions may be sent to oped@libyanexpress.com. Please include ‘Op-Ed’ in the subject line.
AlbaniaLibyaMontenegrosailors
Share
Submit a Correction
Sign up for our Newsletter.