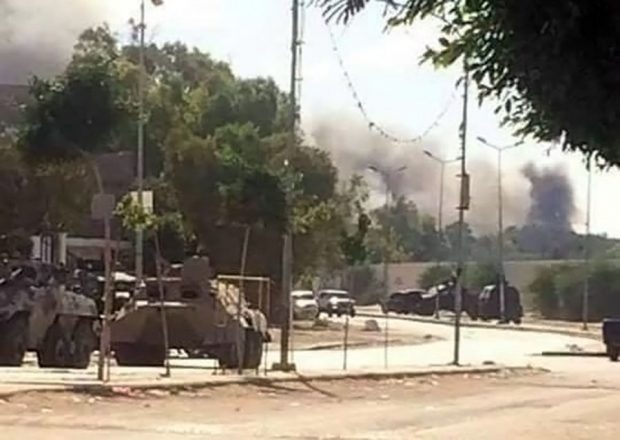 Intelligence sources told the Libyan News that the reason behind the clashes in the capital is the person, Haitham Al-Zintani, who has appeared in a video confessing to the killing of the Fatwa House member, cleric Nadir Al-Omrani.

The sources, who asked to remain unnamed, said Al-Zintani is imprisoned at Al-Ehsan Brigade and reports said the brigade commander, Tariq Al-Werfalli, wants to kill Al-Zintani and bury the case of the murder of the cleric for good, as Al-Zintani is the only witness.

The clashes are split between the Special Deterrence Force, Ghaniwa militia and Haitham Al-Tajouri armed militia as some of their members were named by Al-Zintani as accomplices in the murder of the cleric Al-Omrani.

Clashes in downtown Tripoli are continuing for the second day in a row between armed forces in the capital.

On Friday, armed forces of Special Deterrence Force attacked the building of the Sixth Force in Zawiyat Al-Dahmani and brought to the ground amid horror and panic among the residents, most of who fled the area to safer places.

Reports from sources closes to all of the militias vying for control of the capital said 8 fighters were killed and scores were injured since the clashes began on Thursday evening.

Eyewitnesses said Friday that both sides are now blocking the streets of the capital with heavily armed vehicles and tanks disallowing any cars to drive by.

For: Murder of Fatwa House cleric Al-Omrani behind Tripoli clashes