NATO official: ISIS looks for owning a navy to carry attacks in the Med. 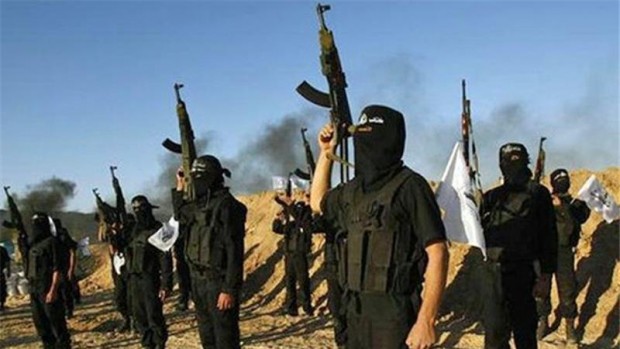 A senior Nato naval officer says the rise of the militant group in Libya is casting a shadow over shipping in the Med.

Islamic State militants hope to build a maritime arm that could carry out attacks in the Mediterranean, a senior Nato Naval officer has warned.

The march of Islamic State in Iraq and Levant (Isil) along the Libyan coast has cast an “uncomfortable shadow” across shipping said Vice-Adml Clive Johnstone.

The spread of sophisticated Russian and Chinese weapons to armed groups in the region also means there is now the “horrible opportunity” a cruise liner or container ship could be hit, the commander of Nato’s maritime command warned.

Libya’s collapse into chaos and Isil’s seizure of the coastal city of Sirte has prompted alarm in Europe, with countries including Britain and Italy considering sending thousands of troops to train local forces.

As the Mediterranean is becoming increasingly militarised, commercial and tourist shipping is coming under threat, he said.

Sophisticated Chinese, Russian and Korean weapons were finding their way to militant groups such as Hamas and Hizbollah. Though he said he did not believe groups were targeting shipping, there was still a risk of a serious incident.

He said: “There is a horrible opportunity in the future that a misdirected, untargeted round of a very high quality weapons system will just happen to target a cruise liner, or an oil platform, or a container ship.”

The Nato allies must also not allow themselves to be “hustled out” of the eastern Mediterranean, where the Russian Navy is increasingly active, he said.

He said the growing risks to shipping in the Mediterranean mean he is “quietly worried” there will be an attack or serious incident.

Elsewhere, he said patrols by Russian submarines in the North Atlantic were back up to Cold War levels.

Activity is so high that some Nato members are considering redeploying submarines from the Mediterranean to northern European waters, he said.

For: NATO official: ISIS looks for owning a navy to carry attacks in the Med.