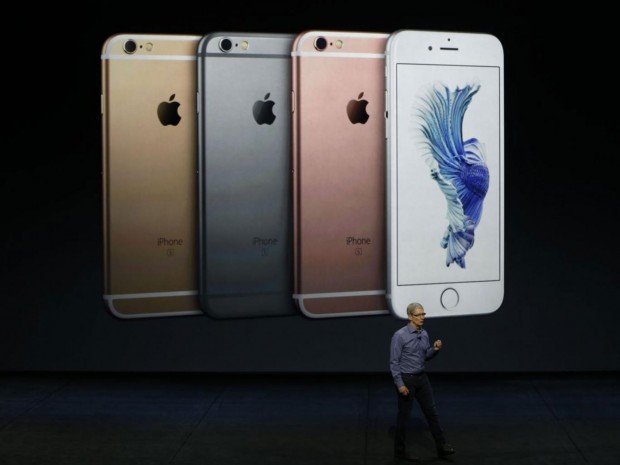 Apple’s next iPhone will come in the same four colours — despite rumours that the company might opt for a bright colour scheme.

Some reports had suggested that the phone might come in a bright pink, but it is likely to have the same four options as the iPhone 6s, according to reports.

The company will release the phone in the new Rose Gold — which was unveiled with the iPhone 6s in September — as well as silver, Space Gray and gold.

Otherwise, the phone is rumoured to look something like a cross between an iPhone 5 and an iPhone 6. It will keep the former’s smaller size, but add many of the internal parts of an iPhone 6 or 6s as well as getting some of their rounded edges.

The new handset is scheduled to be unveiled on March 15, according to numerous reports. The phone will probably come out a couple of weeks after that.

Some rumours had suggested that Apple might release the phone in a bright pink, not the rose gold that first appeared with the iPhone 6s. That would have been in line with Apple’s previous cheaper iPhone, the 5c, which came in a plastic case sporting a range of different colours.

But the new phone will instead come in Rose Gold, according to a report from the usually reliable 9to5mac. The company wants to ensure that the colour schemes are consistent across its iOS devices — and the Rose Gold may even come to the new iPad and MacBooks, the site reported.

The new iPad, the Air 3, could be revealed at the same March event as the new iPhone, according to reports. That will be around the same size as the existing tablet, but will include new connectors for accessories, a rear-facing LED flash like on the iPhone, and new speakers to bring it in line with the wide and loud sound from the iPad Pro.

The company is also expected to release new Apple Watch accessories, including new straps, and updates to the operating system at the event. But it won’t see a full redesign of the Watch itself, which is thought to be coming in September — probably at the same time as the iPhone 7 is released.