New rules on diversity, will they save the Oscars neck? 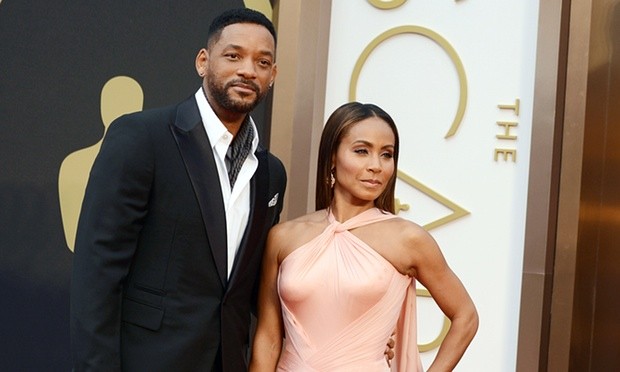 The Academy’s move on Friday morning to dampen the#OscarsSoWhite furore blazing through Hollywood will go some way towards doing that, but there is still plenty of work ahead.

President Cheryl Boone Isaacs announced that at a meeting on Thursday night the board committed itself to double by 2020 the number of women and “diverse” members of the Academy.

This is an attempt to counterbalance the Academy’s demographic; in 2014 the Los Angeles Times found that 93% are white, 74% male and the average age of members is 63.

To this effect there will be a global campaign to find non-white members, three new governor seats and expanded membership on executive and board committees, as well as modified voting rights that steered clear of alienating older members.

Boone Isaacs, the Academy’s first black president who said earlier this week she was “heartbroken and frustrated” over the exclusion of non-white talent from the acting and other major Oscar categories – for the second year in a row – should be applauded for acting quickly.

However the outcry from within Hollywood and the media firestorm that has engulfed the #OscarsSoWhite debacle reflects a deeper malaise.

It would be lazy and unreasonable to brand the 6,200 or so voting Academy members as bigots, yet their choices – and the choices made available to them – are shaped by a largely white, patrician hegemony in Hollywood’s executive suites.

It will take time to change the Academy membership and populate seats with good choices and not simply those that make headlines and satisfy photo editors at news outlets.

In the meantime, the Academy still needs to change the way it thinks about its categories. According to Hollywood Reporter, the 51-strong Academy board was due to discuss diversity at its regular meeting on Tuesday.

That meeting may consider systemic rule changes that could include broadening the number of nominees within acting categories, expanding the number of best picture nominees to a mandatory 10 and tinkering with the preferential voting system.

In light of the changes announced on Friday, such category reforms could really mark a sea-change at the Academy. Yet the desire for change should be tempered by the realisation that while it cannot come soon enough, as Boone Isaacs has said before, it will not come right away. The Academy board usually votes on rule changes in June.

The Academy still needs to make a profound and sincere statement on the night of the Oscars ceremony on 28 February. The show’s producers will be racking their brains to strike a note that looks to the future without rancour and talks about meaningful change in a way that does not seem trite.

Spike Lee, Jada Pinkett Smith and Will Smith have been vocal about #OscarsSoWhite and have said they will not attend the 88th Academy Awards.

Lee, whose latest film Chi-raq was pushed as a possible contender, and Smith, whom many say deserved a lead actor nod for Concussion, are emblematic of a huge pool of gifted non-white artists who deserve the fullest attention from the Academy, just as a white person would expect to receive. Idris Elba from Beasts Of No Nation comes to mind, as do Sicario star Benicio del Toro and the film-makers and actors of Creed and Straight Outta Compton.

Unfortunately, they do not always come to mind as readily as they should among the power brokers in Hollywood. In his Instagram post this week, Lee referred to the “gate keepers” – the heads of the studios and networks who call the shots.

The problem lies with these faceless decision-makers whose business practices and choices reinforce outmoded values and champion storytelling that does not adequately represent an increasingly multicultural America.

Of course they make content for and with non-white talent. The feeling among the entertainment community is they need to do more of it, and do so in a way that eschews ghettoising or cliched stereotypes and provides positive role models for the next generation.

When there is the chance to reward such work, the Academy should take that opportunity. Meantime it has a show to put on. Hollywood will turn up, but the talent, like the rest of the world, will be watching.

For: New rules on diversity, will they save the Oscars neck?