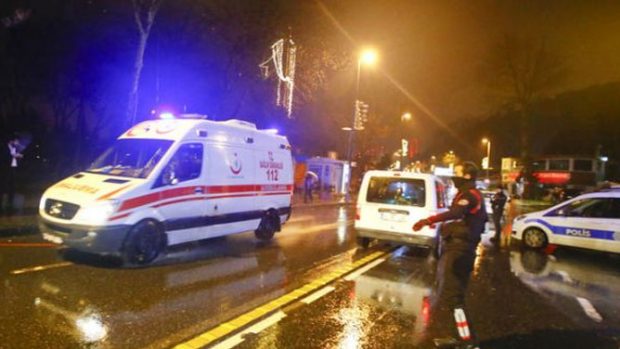 The Libyan Ambassador to Turkey said Turkish authorities had confirmed to the embassy that there were no Libyan victims among the Istanbul nightclub shooting victims.

Foreigners including many nationals of Arab countries were among the dead in the New Year’s Eve shooting rampage at an Istanbul nightclub, officials said, AlJazeera wrote.

A total of 39 people were killed in the assault at the exclusive Reina club on the shores of the Bosphorus and 70 injured, officials said.

Eleven of the dead were Turkish nationals and one was a Turkish-Belgium dual-national, they said.

Seven victims were from Saudi Arabia and had travelled to Istanbul for New Year’s Eve celebrations.

Three of the dead were from Lebanon and Iraq each.

Two nationals from Tunisia, India, Morocco and Jordan were killed, and Kuwait, Canada, Israel, Syria and Russia lost one citizen in the attack. One victim remains unidentified.

For: No Libyan nationals among Istanbul shooting victims, Libya’s Ambassador to Turkey confirms