According to the company statement, this increase is due to February revenue reflecting 28 days in the calendar, while the collection of exported shipments is collected within 30 days, giving an increase in March revenue compared to February.

The oil corporation warned of the importance of addressing the overdraft of the Libyan offshore bank because of the debt that had been rolled over for years and owing to the adoption of reduced budgets that have gone against the proposals made by the NOC.

Recently, the Government of National Unity’s Oil Minister, Mohamed Oun announced that a third of the total development spending in the new 2021 budget will be going to the country’s oil sector, stressing that with the NOC set to receive 1.6 billion dollars in developmental spending, Libya’s oil revenues will be back on track.

Libya is home to Africa’s largest oil reserves and an uneven portion of the country’s economy heavily relies on the success of its oil sector, as it remains to be the country’s primary source of income. 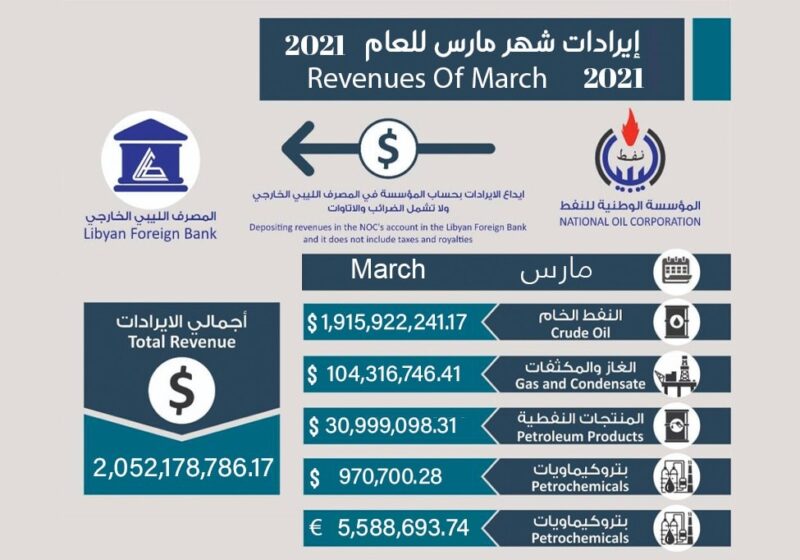