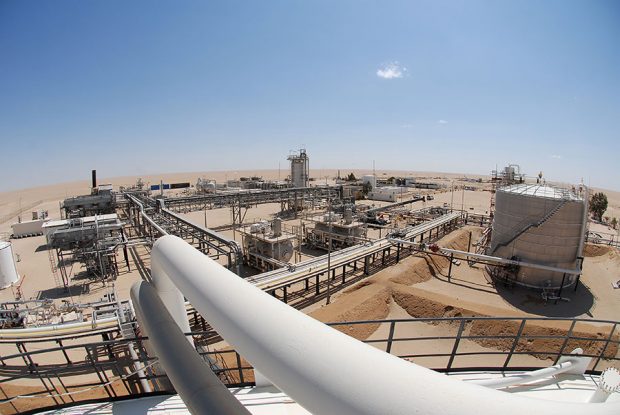 Libya’s oil output has so far exceeded 700,000 barrels per day (bpd), the board member of the National Oil Corporation (NOC) Jadallah Al-Okli, stated in an interview in Egypt, reported Bloomberg.

“Libya’s oil production is due to keep rising as working conditions in the country improve for international companies like Eni SpA and Total SA,” he indicated on Wednesday.

He also was reported by Bloomberg as saying that the crude production is due to reach 1.2 million barrels a day by August and 1.7 million by March 2018 when Libya’s ports and export terminals will be operating at full capacity.

“Output at the El-Feel, or Elephant, oil field is due to resume within one month, pumping 75,000 barrels a day,” Al-Okli added.

He was also cited as saying that Eni and Total are working in Libya without difficulty and Schlumberger Ltd. resumed operations about three months ago.

“Eni and Total are working there with no problems, so the situation is improving every day in Libya and I’d like to take this opportunity as an introduction for those who have interest to work in Libya,” Alaokali said.

“More than 45 percent of the land is still virgin, hasn’t been explored, so we still have large areas that haven’t been discovered, so the opportunity is there.” Bloomberg reported him as saying.