One Territory Lost, Yet ISIS is Still in the Game 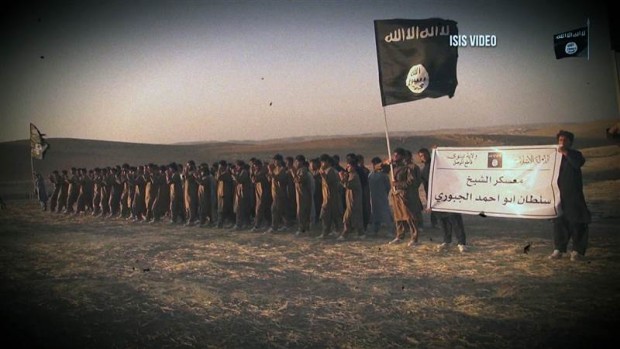 ISIS ushered in 2015 with the terrifyingly typical displays of brutality which initially put the group in the international community’s crosshairs. They beheaded Japanese hostages, burned a Jordanian pilot alive in a cage and announced the death of American captive Kayla Mueller.

The Sunni militants seized Ramadi in May and later the ancient city of Palmyra.

David Phillips, a former senior adviser to the State Department on Iraq, said ISIS was “on a roll” at the beginning of the year.

“They started off at a gallop,” explained Phillips, now director of the program on peace-building and human rights at Columbia University.

But something was shifting as the year progressed.

If 2014 was all taking and consolidating territory — Mosul, Tikrit and more — the seizures of Palmyra and Ramadi this year were overshadowed by losses on the ground. Key leaders were killed and territory slipped away.

“In 2015, they’ve consistently had to abandon territory,” Phillips said.

ISIS has been prevented from expanding operations in Iraq and Syria because of resistance they’ve encountered on the battlefield from Kurdish fighters backed by Western airstrikes, and Iran-backed militias, according to Phillips.

“The caliphate has been restricted, hemmed in and is under more pressure now than it ever has been particularly with the start of the Russian airstrikes,” echoed Matthew Henman, head of IHS Jane’s Terrorism and Insurgency Center.

But he and other analysts warned not to count ISIS out just yet: It’s important to note that the caliphate has survived another full year.

“They remain hanging on,” Henman said. “They’re still in the game.”

ISIS is still controlling “priority areas” in Syria and Iraq, Henman noted. The key cities of Fallujah, Ramadi, Mosul, Raqqa and Palmyra are still in ISIS hands despite billions of dollars worth of airstrikes against ISIS.

“The group doesn’t need territory,” Henman added. “If it loses control of those cities it reverts back to insurgent operations — the threat doesn’t go away.”

That’s also because ISIS in 2015 has experienced a great deal of international expansion, with operations in Libya, Yemen, Saudi Arabia, Pakistan, Egypt andAfghanistan. Even if ISIS is wiped out in Iraq and Syria, Henman warned it’s still got its hooks into other places.

“That ideology now is something which can’t just be bombed away,” he said.

ISIS appears to be driving that point home by increasing its attacks internationallyand outside of their strongholds in Iraq and Syria, showing that it can strike out and hit its adversaries on their home turf.

The group claimed responsibility for massive terror attacks in Tunisia, France, Yemen and the downing of a Russian passenger plane.

First, it’s direct retribution for Western airstrikes. It also serves as a distraction from whatever losses ISIS may be suffering, according to Henman.

“It’s that show of strength to inspire fear into the heart of their enemies but also to buoy up their supporters at a time when they’re coming under pressure,” Henman said. “It’s all about distracting away from their losses and reinforcing that narrative of continued expansion and momentum and winning victories.”

For: One Territory Lost, Yet ISIS is Still in the Game