Over 30 Indian nationals stranded in Al-Zawiya, waiting to get paid to return home 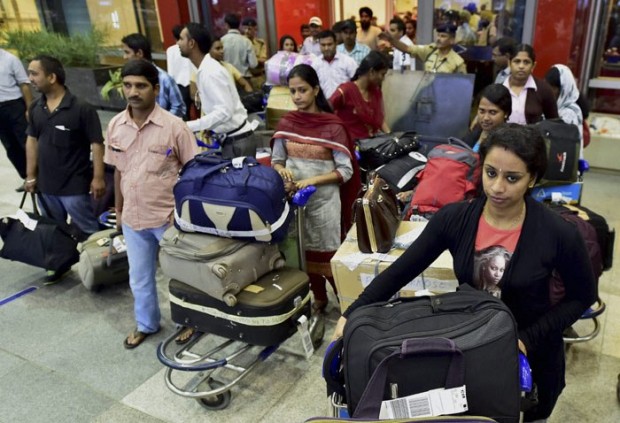 Thirty-three Keralites – stranded in the strife-torn city of Zawiya, Libya, are battling for survival as they are running out of money to meet their daily needs.

Of the 33, 29 are adults working at the Zawiya Medical Centre, the rest are children.

“Hospital authorities claim that the salary has been credited, but the bank replied in the negative, saying that no money was credited though transaction details were received,” said Benny Augustine, who works in Tripoli, 45km away from Zawiya.

Augustine, who hails from Ramapuram in Kottayam, informed that his friends in Zawiya are struggling to pay even house rent.

“The city is cut off from rest of the country. They just want to leave Libya,” he said.

Kannur resident Johnson Philip who resides 35km away at Sabrata, said that many in Zawiya had submitted their resignation three months ago.

“They want to return home, but their resignations have not been accepted. They don’t have money,” he said.

Philip – who is in constant touch with the Keralites in Zawiya – said that two clans were locked in a fight in the region. “They have modern weapons and the fight is going on near the medical centre,” he said.

Meanwhile, efforts were on to bring the bodies of nurse Sunu Satyan and her 18-month-old son Pranav, who were killed in an explosion on Friday.
Top Comment
It is not clear why these people are still clinging to Libya , as this strife torn country is no longer safe and Government of India has asked all Indians to quit Libya..sense mk

“We are trying to complete the formalities and finish autopsy procedures. Embassy officials have assured us that everything would be settled by Tuesday and the bodies would be flown to Kerala,” said a senior NoRKA official.

The bodies, kept in the hospital at Zawiya, will be embalmed at Tripoli before handing over to relatives.

For: Over 30 Indian nationals stranded in Al-Zawiya, waiting to get paid to return home