The first images of the fugitive Paris attacks suspect Salah Abdeslam are said to have emerged, according to French news channel BFM TV.

The images were captured on the morning of 14 November by CCTV cameras at a French petrol station, a day after the attacks in which 130 were killed.

In them, Salah Abdeslam seems relaxed, walking with his hands in his pockets.

He is thought to have been in charge of logistics for the groups of gunmen who carried out the attacks.

Salah Abdeslam is said to have called his two friends, Mohammed Amri and Salah Hamza Attou, from Paris early on 14 November to come and pick him up and take him to Belgium.

En route from Paris to Brussels, the three men stopped at a petrol station near the Belgian border for about 15 minutes, where a CCTV camera filmed them, BFM reports.

At that point, the three men had already been through three police checks, but had not been stopped as Salah Abdeslam had not yet been connected to the Paris attacks.

Mohammed Amri and Salah Hamza Attou later dropped off Salah Abdeslam in the district of Laeken in Brussels.

The two were arrested in Molenbeek the next day and face terror charges, while Salah Abdeslam is still on the run.

The Paris attacks are believed to have been at least partly planned in Brussels. Belgian police have arrested 10 people as part of their investigation.

The suspected ringleader was Abdelhamid Abaaoud, a Belgian national. He and his cousin Hasna Aitboulahcen died in a fierce gun battle five days after the attacks, when police raided a flat in Paris where they were hiding, heavily armed. 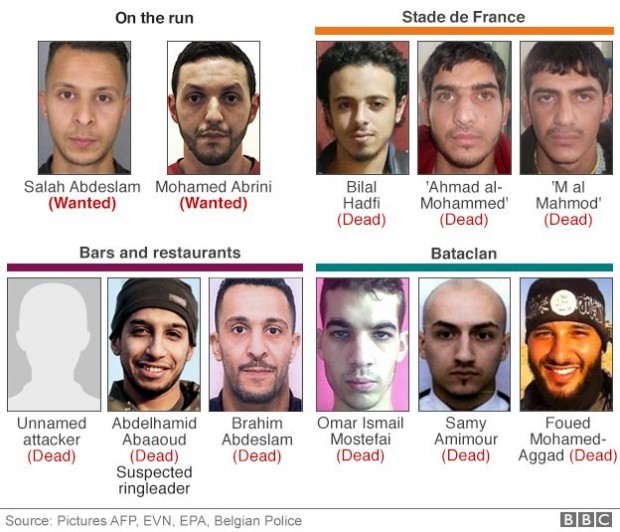 The search for Abdeslam 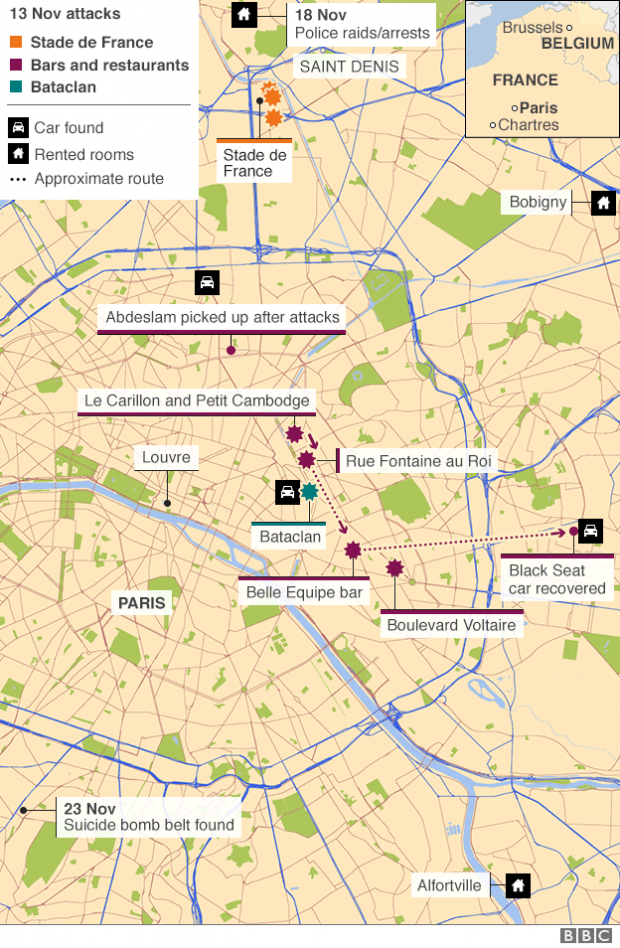