Paris attacks suspect Salah Abdeslam has been wounded and arrested in a dramatic raid in Brussels after four months on the run.

Three members of a family accused of harbouring Abdeslam have also been detained.

French President Francois Hollande said he expected Abdeslam to be extradited to France “as rapidly as possible”.

The raid in the district of Molenbeek came after Abdeslam’s fingerprints were found in a flat in another Brussels district, which was raided on Tuesday.

Abdeslam, who has been at large since the attacks on 13 November, was wounded in the leg as police moved in. Dramatic footage showed him being bundled into a police car after a volley of gunfire.

One of Europe’s most wanted men, Abdeslam is a key suspect in the jihadist attacks in Paris in which 130 people died.

At the scene: An ordinary hideout, by BBC’s Gavin Lee

The suspect who Belgian authorities described as the most wanted man in Europe, was discovered in a raid in an ordinary terraced town house, next to a pharmacy, a mile from Brussels city centre: Number 79 Rue des Quatre Vents.

The masked officers from Belgium’s special intervention squad are still on the streets here, but it is calm and forensic teams and sniffer dogs are slowly working through building. Torch lights are flashing within. The downstairs window is smashed.

Several objects have been taken from the property, as the first pieces of evidence are gathered in what will be a long investigation to follow.

Many families living here have been evacuated and are still waiting to return to their homes. Some have filmed the scenes on their mobiles, of the moment the raids started. 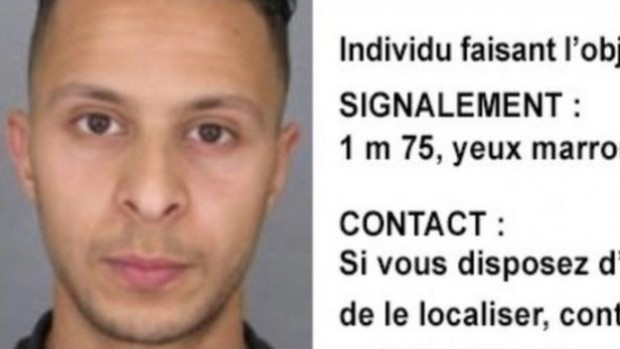 The French president said Abdeslam’s arrest was an “important moment” but added that it was not the “final conclusion”.

“We must catch all those who allowed, organised or facilitated these attacks and we realise that they are a lot more numerous than we thought earlier and had identified,” he said.

Belgian Prime Minister Charles Michel said the raid had come after “intense” detective work and said it was a “very important result in the battle for democracy”.

All those detained would be interrogated, prosecutors said, who added investigations would continue “day and night”.

Prosecutors said the second wanted man arrested in Molenbeek, Monir Ahmed Alaaj, had travelled with Abdeslam to Germany last October, where his fingerprints were taken during an identity check.

A false Syrian passport in Alaaj’s name and Belgian identity papers under an alias were found in a flat in the southern suburb of Forest that was raided on Tuesday.

Abdeslam’s fingerprints were also found in the Forest flat.

One man – identified as Algerian national Mohamed Belkaid and linked to the Paris attacks – was shot dead in Tuesday’s raid.

Officials said at the time they believed as many as two other suspects may have escaped. 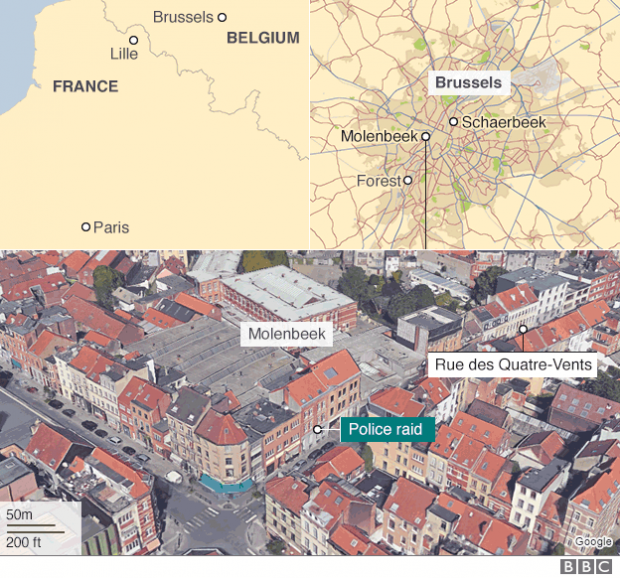 Belkaid is believed to have used a false ID in the name of Samir Bouzid, while crossing the border between Austria and Hungary with Abdeslam and another man last September, the Belgian prosecutor’s office said.

The false ID was also used four days after the Paris attacks at a Western Union office in Brussels to transfer money to Hasna Aitboulahcen. Belgian prosecutors say she was the niece of the suspected Paris ringleader, Abdelhamid Abaaoud.

Both Abaaoud and Aitboulahcen died during a police raid on a flat in the Paris suburb of Saint-Denis on 18 November.

Abdeslam, a 26-year-old French national born in Brussels, had lived in Molenbeek before the Paris attacks.

He is believed to have returned to Belgium immediately after the attacks, in which his brother Brahim blew himself up.

In January, police said they may have found a bomb factory in the Schaerbeek district of Brussels used as a hideout by Abdeslam.

Police found traces of explosives, three handmade belts and a fingerprint of the suspect.

Abdeslam has been the subject of a massive manhunt since the attacks, claimed by militants from the so-called Islamic State (IS) group.

Officials have identified most of the people they believe to have carried out the assaults.

Most of the suspects either died during the attacks or were killed in subsequent police raids.

Parts of Brussels were sealed off for days after the Paris massacre amid fears of a major incident.

A number of suspected attackers lived in the Belgian capital, and police have carried out a series of raids. 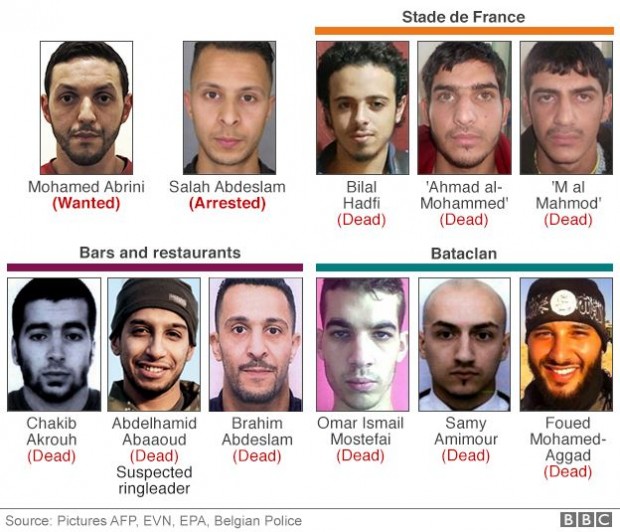 For: Paris attacks suspect, Abdelsalam, arrested in Belgium at last