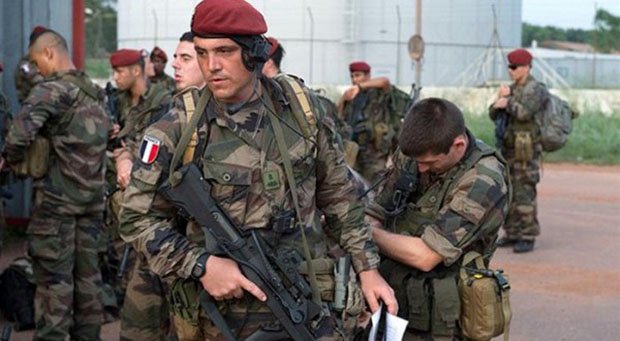 The Presidential Council of the UN-backed Government of National Accord issued a statement Wednesday condemning the violation of the French troops of the Libyan sovereignty, denouncing the announcement made by the French for having a role in the Libyan conflict without coordinating with it beforehand.

The Presidential Council confirmed that it would call the French authorities in order to demand clear explanation for their role in Libya, pointing out its rejection of the violation of the Libyan sovereignty whatsoever.

It also said that it welcomes any assistance from the friend countries in the war against ISIS militants on the condition that they coordinate with it in line with preserving Libya’s sovereignty as it is the only legitimate body in the country.

On Wednesday, France’s defense ministry said three of its soldiers have died in Libya after their helicopter was shot down.A short statement said the soldiers died “while on mission” in the north African country. On Wednesday afternoon, the French President, François Hollande, said in a statement to the press that French Special Forces troops are on a very dangerous intelligence mission in Libya and three of them died in a helicopter crash on Sunday

Also on Wednesday, Benghazi Defense Brigades said 13 of its forces were killed and others wounded in what it described a ”vengeance” French airstrike on their locations in western Benghazi, targeting their vehicles and fighters alongside Khalifa Haftar’s Dignity Operation aircraft, to retaliate for the death of its soldiers who were killed in a helicopter downing in Al-Magroun on Sunday. 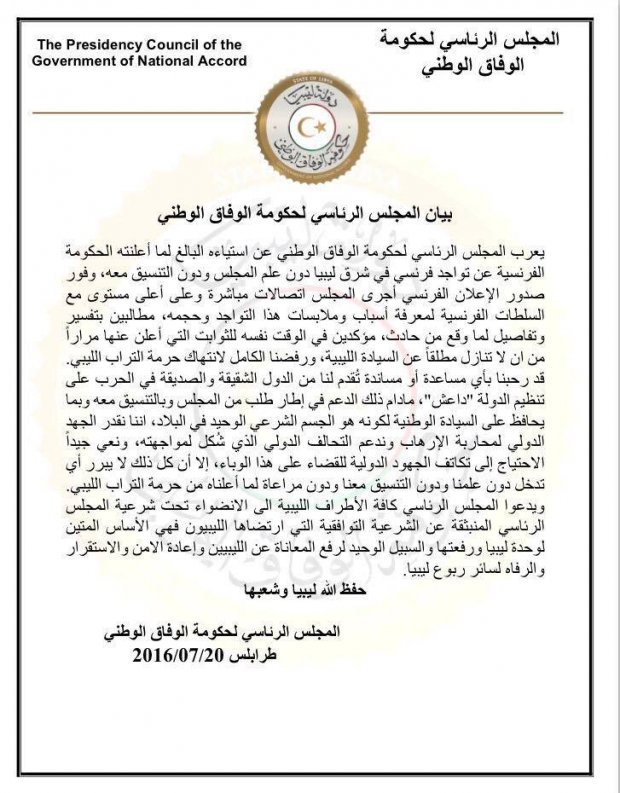