Presidential Council: Libyan National Guard are outlaw armed groups and must be evicted out of Tripoli 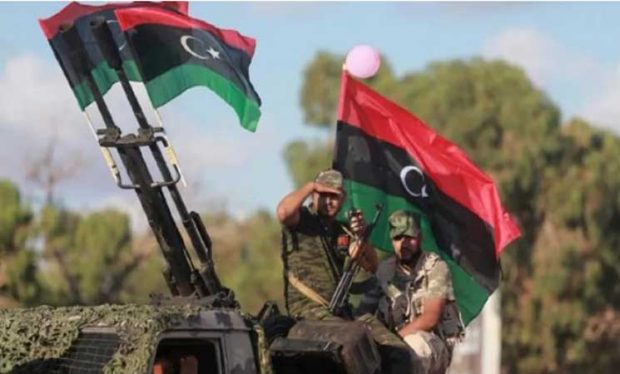 The Presidential Council of the UN-brokered Government of National Accord has described the newly formed Libyan National Guard (LNG) as outlaw groups that aim at destabilizing Tripoli and creating parallel official bodies to the Presidential Guard.

“The so-called LNG, which is formed by illegitimate armed groups and factions, is aiming at creating chaos in Tripoli and horrifying the secured civilian residents.” The Presidential Council said in a statement issued on Sunday morning.

The statement added that what the self-styled LNG wants is to steal the legitimacy from the Presidential Guard, which has been formed to secure the state institutions against any crimes and violations and secure the capital. 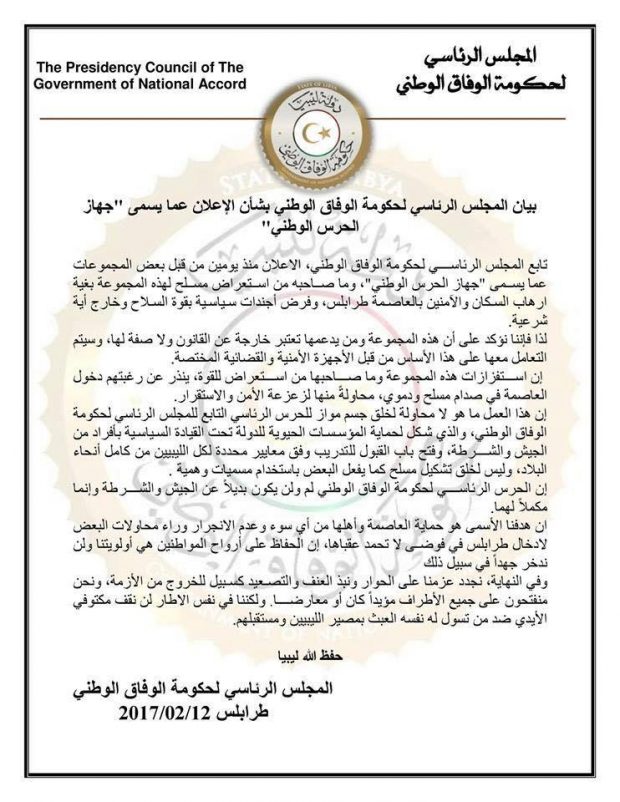 “Those outlaw armed groups want to impose political agenda using weapons and by horrifying the civilians in the capital.” The statement says.

It also indicated that the self-styled LNG will be dealt with as per the legal and judicial laws in Libya and won’t be allowed to take over legitimacy and create chaos in Tripoli.

“The GNA has appointed a Presidential Guard to secure the state vital institutions, not to become an alternative for the army and the police, which soon will be formed from all across Libya regardless of tribes or regions.” The statement explains.

It added that the goal of the Presidential Council is to protect civilians and the so-called LNG will be subject the capital to bloodshed and ferocious conflicts that can destroy large parts of the capital.

“We stress the importance of political dialogue with all the Libyan political parties but we won’t be silenced by the violations and chaos that will be created by such acts as the formation of armed groups to take over legitimacy in the country.” The Presidential Council’s statement concludes.

For: Presidential Council: Libyan National Guard are outlaw armed groups and must be evicted out of Tripoli