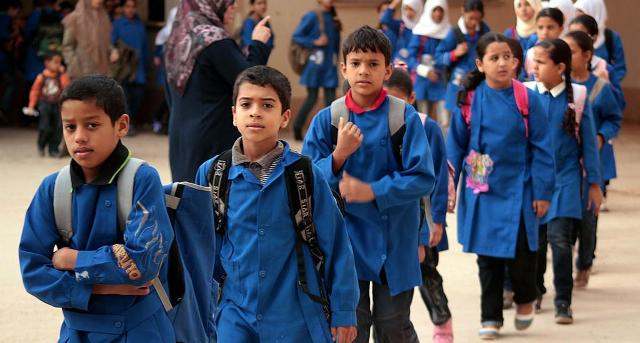 Among all the crises that the Libyan people have to suffer nowadays, there exists another well-forgotten issue that has devastating long-term impacts on the future of the Libyan children – primary education.

The country has been in a constant failure since the beginning of the schoolyear last September to provide, print, buy or even borrow schoolbooks for the pupils and students, who are eager to kick off a new schoolyear in their educational lives.

Why is there a shortage of schoolbooks?

Two rival governments in Tripoi, the UN-brokered and internationally-recognised Government of National Accord (GNA) and the dismissed Salvation Government, have shared the blame of not preparing for the new schoolyear ahead as the education sector was left on the shelves of each government amid more important security and living issues.

the ministry of education’s failure to print new books as they would be costly in a government that has not received its general budget money yet and in a country that is already suffering from acute shortage of money.

What is the solution?

The GNA education ministry opened communication channels with the eastern government of Abdullah Al-Thinni and requested to obtain the books stored in the eastern region’s stocks, which the ministry said are sufficient to start the schoolyear.

Due to current crises regarding political division and security deterioration as well as lack of finances, the books had to be sent on the road aboard vans; hence, they headed to Tripoli main stores for distribution.

Bad transport, unsafe roads and limitless setbacks at the Tripoli education ministry stores led to the delay of distributing the schoolbooks to pupils and students in the capital and the western and southern regions, though some schools are operating with the few amounts of books they have, and others have actually managed to transfer some of the newly-arrived books with their own schemes.

Libyan children, whose parents were brave enough to send them to schools on roads full of crimes, kidnappings, theft, and round-the-clock clashes, are feeling so devastated and disappointed by seeing their future soaring high away from them just because the government of their country is busy enough fighting for power.

Parents, despite the lack of cash and difficulty to earn a living nowadays in Libya, have managed to prepare their kids to go to school, but the government and the ministry of education has so far failed to distribute the books it spent two months transporting from the east.

The east, nonetheless, is so fine in terms of the beginning of school and in terms of schoolbooks availability. Children have gone to schools a month ago and they are doing just fine, which extends the issue for the Tripoli ministry of education even wider and leaves its liability at stake.

This whole insoluble dilemma is couple with the misery the education system is going through. The syllabuses of the schools are not up to the level of the students’ ambitions and in some cases knowledge as most of the topics they include have not been refreshed or updated to go along with the current developments in the world.

Besides, the teachers, not all to save a few, are for the most part negligent and they are dealing with the process as a way to get salary. Teachers get absent whenever they want, some don’t even go except for a couple of day during the month and others are heartlessly delivering their lessons.

This is because of the current situation in the country that has affected the lives of the teachers at home and they brought their issues with them to schools to eventually create a generation that knows nothing but issues and crises. A generation that talks about guns and murders instead of stories and rainbows or math and languages.

For: Primary Education in Libya, Report