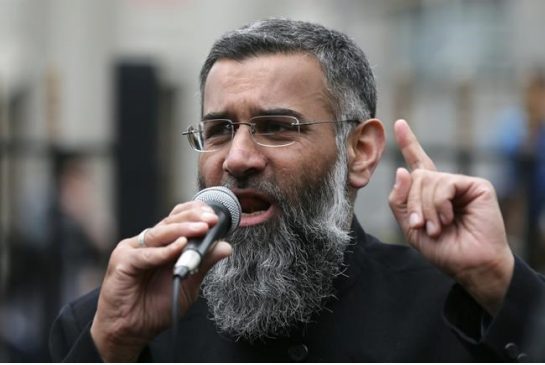 Radical preacher Anjem Choudary has been jailed for five-and-a-half years for inviting support for the so-called Islamic State group.

The 49-year-old was convicted at the Old Bailey after backing the group in an oath of allegiance published online.

Police say Choudary’s followers carried out attacks in the UK and abroad.

The judge, who described Choudary as calculating and dangerous, passed the same sentence on his confidant Mohammed Mizanur Rahman, 33.

The trial heard the pair also used speeches to urge support for IS after it declared a caliphate in the summer of 2014.

Choudary, of Ilford, east London, and Rahman, from Palmers Green, north London, were convicted last month of inviting support for IS – an offence contrary to section 12 of the Terrorism Act 2000 – between 29 June 2014 and 6 March 2015.

Counter-terrorism chiefs blame the preacher and the proscribed organisations which he helped to run, such as al-Muhajiroun, for radicalising young men and women including the killers of soldier Lee Rigby in 2013.

But they said they had been unable to act for many years as Choudary – a former solicitor – had stayed “just within the law”.

In court, Choudary refused to stand up in the dock as his sentencing hearing began.

Passing sentence, the judge, Mr Justice Holroyde, said the pair “crossed the line between the legitimate expression of your own views and a criminal act”.

“A significant proportion of those listening to your words would be impressionable persons looking to you for guidance on how to act,” he said.

He told Choudary he had failed to condemn “any aspect” of what IS was doing, adding: “In that way you indirectly encouraged violent terrorist activity.”

He described Rahman as a “hothead” while Choudary was more “calculating” and more experienced, adding that both men were dangerous and had shown no remorse.

“You are both mature men and intelligent men who knew throughout exactly what you were doing. You are both fluent and persuasive speakers.”

Choudary’s lawyer, Mark Summers QC, asked the judge to take into account the impact of solitary confinement on his client’s mental welfare when deciding how long he must serve in jail.

The court also heard Rahman has a previous conviction from 2002 for criminal damage and possession of an offensive weapon.

For: Radical preacher sentenced for over 5 years in prison in the UK