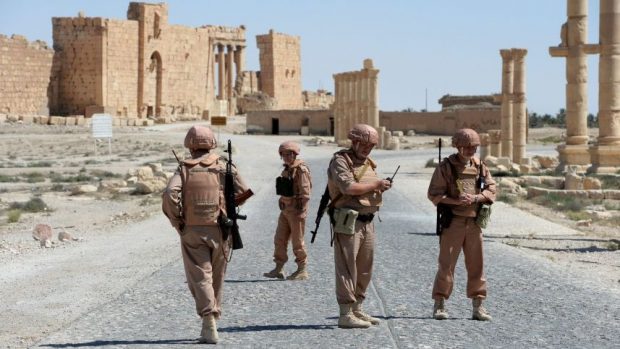 Russia has built a military encampment inside a zone that holds the UNESCO world heritage site in the ancient Syrian town of Palmyra, where Islamic State militants were driven out recently by pro-government forces.

The Russian military described the camp Tuesday as “temporary,” saying its few housing units were being used by explosives experts who are removing mines left behind by the militants, and that the Syrian government had given approval to build the camp.

The head of Syria’s Antiquities and Museums department, who noted the town’s priceless antiquities are safer thanks to the Russian presence, nonetheless said he would not have granted Russia permission to build the camp if he had been asked.

A UNESCO official said it was unclear whether the encampment was in a buffer zone to the archaeological site, but said it does not pose a threat to the historic area.

The American School of Oriental Research’s Cultural Heritage Initiative posted photos from the satellite imagery and analytics company DigitalGlobe that show the construction on the edge of the ancient site that was damaged by the Islamic State group, which held Palmyra for 10 months.

For: Russia is building a military base in ancient Syrian city of Palmyra