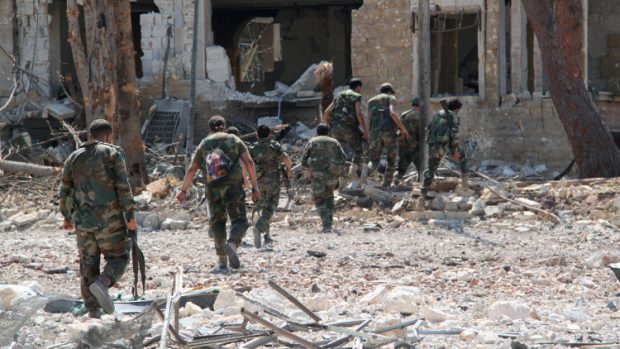 Russian bombers have killed 11 civilians and injured dozens more in Aleppo after a night of heavy aerial bombardment in the war-torn Syrian city, the News reported.

According to the News, a day earlier the Kremlin, keen to shift the focus of international outcry away from their war, accused the US of carrying out a “medieval slaughter” in the Iraqi city of Mosul.

The latest Russian bombing struck in Aleppo province and left a huge plume of smoke and dust rising into the sky.

Parachute bombs – conventional shells attached to a small parachute which slows the descent of the weapon – are routinely used by the Russian air force, it explained.

On Friday, a devastating Russian bombing raid left at least 20 civilians dead and many more injured.

The News also wrote that a spokesperson for the Syrian Civil Defence, better known as The White Helmet brigade, said a squadron of Russian warplanes had taken “revenge” on the people of Aleppo with its latest airstrikes.

He said: “A squadron of Russian aircraft struck the countryside to the west of Aleppo to take revenge on civilians for rebel forces trying and failing to break the siege of east Aleppo.”

For: Russia rains down parachute bombs on Aleppo killing a t least a dozen of civilians